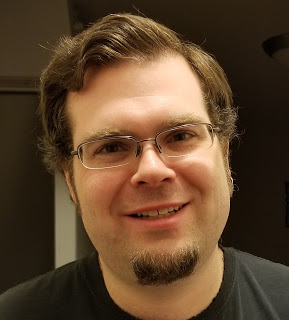 Lena was raised on violin lessons and minimal parental supervision. In college, she gave up music and turned to the stage. She didn’t belong in an orchestra pit, anonymous and unseen, she decided – she belonged in the spotlight. And the spotlight agreed with her.

Now, she stalked back and forth across the boards, her face working through a range of emotions. She turned her back, clenched her fists at her sides and screamed, “Get out!”

The audience, already on the edge of their seats, seemed to jump at the sudden violence in her voice. There was a murmur of excitement beyond the footlights as Lena whirled, chest heaving, and seemed to say to each one of them individually, “Get out! I mean it!”

She walked upstage to an oaken sideboard, lifted a bottle of “gin”, and took a healthy swig. She turned back to the audience and growled, as if her throat was roughened by the liquor, “And if you won’t…”

The lights dimmed and the curtain fell. There was a moment of silence, as though the theater-goers weren’t quite sure the scene was over, and then a thunderous explosion of applause erupted. The lights went up and a rich, mellow voice came over the loudspeakers, announcing a ten-minute intermission.

I moved away from the wings of the stage as Lena swept past, completely ignoring me. A dull sort of anger crawled across me, but I tamped it down. She was free to scorn me all she liked. And why shouldn’t she? I was only the producer of the most successful stage-production she’d ever been in – and her husband.

The first role was the only one she acknowledged, though. Outside of our careers, Lena and I stopped meaning anything positive to one another a long time ago. If we spoke at all it was either strictly business, if there was an audience, or a battle if there wasn’t. Mostly, we just stopped recognizing each other’s existence.

Until a few months ago, I thought—hoped—that we might find some way to overcome all of the things between us. Early on, I suggested counseling. Lena wouldn’t hear of it. “You should know what the problem is,” she told me. I had no idea and figuring it out would require speaking to each other, which Lena didn’t want to do. No talking, no answers, so no reconciliation. That was how she wanted it.

After a while, it was what I wanted, too – when I fell in love with Michelle. Lena was a talented actress, with colossal stage presence, but Michelle was everything my wife wasn’t: warm, caring, with a laugh like sunshine and a smile that made rooms light up.

Michelle was a newcomer, not just to the company but to acting itself. She wasn’t some fresh-faced young girl straight off the bus, though; she was a woman who’d been through one life already and was trying to build a new one. And that was the problem. Her old life fell apart when she discovered her husband was cheating on her; she wasn’t going to begin another by helping me cheat on Lena, even if we hadn’t lived together in nearly a year. And Lena wouldn’t give me a divorce. Not for any religious reasons or even financial reasons. No, nothing like that. She just didn’t want a divorce if it was what I wanted. The last time I asked to discuss the matter, a week ago, she told me so in exactly those words.

Movement on the stage caught my eye. In the semi-darkness, scurrying stage-crew changed the scenery in preparation for the third act. James, the prop-master, went by carrying the now-empty “gin” bottle Lena so dramatically drank from. Every night Lena drained the bottle and every night James filled it back up with water then put it with the other materials used for this play. And for the past five or six nights, ever since I last spoke to my wife, a terrible thought occurred to me each time I watched him do it.

Lena wouldn’t give me a divorce and Michelle wouldn’t be with me as long as I was married. But divorce wasn’t the only way out of a marriage.

I was never alone with Lena. I could never even really get close to her except for a moment here or there. I wasn’t vicious or angry or stupid enough to do anything to her directly, anyway.

Poison was another story, though. It would be so simple to put something into the bottle she gulped from every night. When I thought of it now, I smiled to myself. It was just the kind of drama that Lena loved so much. It would have to be something slow-acting, though; if she collapsed on stage, everyone around her would be a suspect and I would be the cops’ number one.

No, it had to be something subtle, something strong enough to end her, but not quickly. Ideally, it would look like illness, and it would be best if she died at home. Everyone knew we hadn’t lived together for a long time.

I would need time to change out the bottle, too. The police might not think of the prop immediately, but they’d certainly figure out that Lena was poisoned and sooner or later, somebody would consider her biggest scene of the play.

That wasn’t a problem, though. James never stayed ‘til the end of the show; there was no reason for him to and he was usually gone by the middle of the third act. I could switch the bottle out after he left, then throw it in the Hudson or just smash it in an alley somewhere. Who would know the difference between old Plymouth bottles?

The more I thought about it, the simpler it all seemed and the better I felt. The first thought of murder terrified and disgusted me. The second left me feeling queasy, but intrigued me. Now, with everything planned out so smoothly and elegantly, I felt only relief that my troubles would soon be over.

There was a light touch at my elbow. Michelle stood next to me, a look of concern on her pretty face. “Everything okay?”

“I’ve been trying to get your attention.” She smiled faintly. “You were in another world. Intermission’s almost over.”

“Sorry, I was just...” I trailed off. I couldn’t tell her what I was thinking about.

Her gaze followed mine in the direction of Lena’s dressing room. She glanced back at me. “No luck, huh?”

Michelle squeezed my elbow and walked away. Something struck the pit of my stomach. It just made me more determined to go through with my plan.

Three nights later, I stood above the river, watching the lights of New Jersey on the other side. A ship sounded somewhere off in the distance. I lifted my arm and hurled the bottle as far as I could. It caught the light for an instant as it arced down towards the dark, churning water, then disappeared without even a sound.

I walked a few blocks, then found a cab and made my way back to the hotel I’d been living in for eleven months. In my room, I broke the seal on a bottle of cognac and spent nearly an hour going over every phase of the plan, comparing imagination to reality. I checked and rechecked, making sure everything was perfect. I found no flaw.

Another hour passed. I spent the time imagining Lena’s last moments. Where would she be when the poison struck? In her dressing room? In a cab on the way home? Luxuriating in the bath, as she always did after a performance?

The phone rang just after midnight. It was Pete Corman, the stage-manager. I pretended to be sleepy and annoyed at being called so late.

“Listen,” Corman said finally, “just listen for a second, Mark. You weren’t at the theater tonight? I didn’t see you.”

I was, twice, but only briefly each time.

“No,” I told him. “I’ve seen the show so many times I could play all the parts myself. Everything seemed fine yesterday, so I decided to stay in tonight. Why?”

“Then you didn’t hear about Lena?”

“No. What do you mean?” It was a struggle to keep my voice natural.

“She’s sick,” Corman said. “She had violent stomach pains earlier. The PA who rode in the ambulance with her says they’re doing an emergency appendectomy. Probably done already, actually.”

“Lucky it happened before curtain. First run-through with an understudy, but Michelle did just fine. Personally, I didn’t think she was ready, but she convinced the director she could do it. Said she’d been studying the part on her own and she gave a really good performance considering she’s never had so many lines before.”

“Is that so?” A chill crept across me.

“Must have been a little much for her, though. Right after final curtain, she passed out. Ambulance took her to First Presbyterian, where Lena is. Thought you’d want to know so you could check in with them in the morning.”

“Yeah… thanks. I appreciate it,” I told the other man. Then I cut the call, tossed my phone onto the bed and sat staring at it for a while.

The morning papers had a field-day with the mysterious death of Michelle Rand, the newcomer to the Worldwide Theater Company who gave such an incredible first featured performance. Many inches were devoted to her personal history, critiques of her performance, lamentations that there would never be another, and theories on her death.

A couple of the papers also spared a paragraph or two for Mark Oliver, who was killed on impact in a fall from the ninth floor of the Courtyard Hotel.