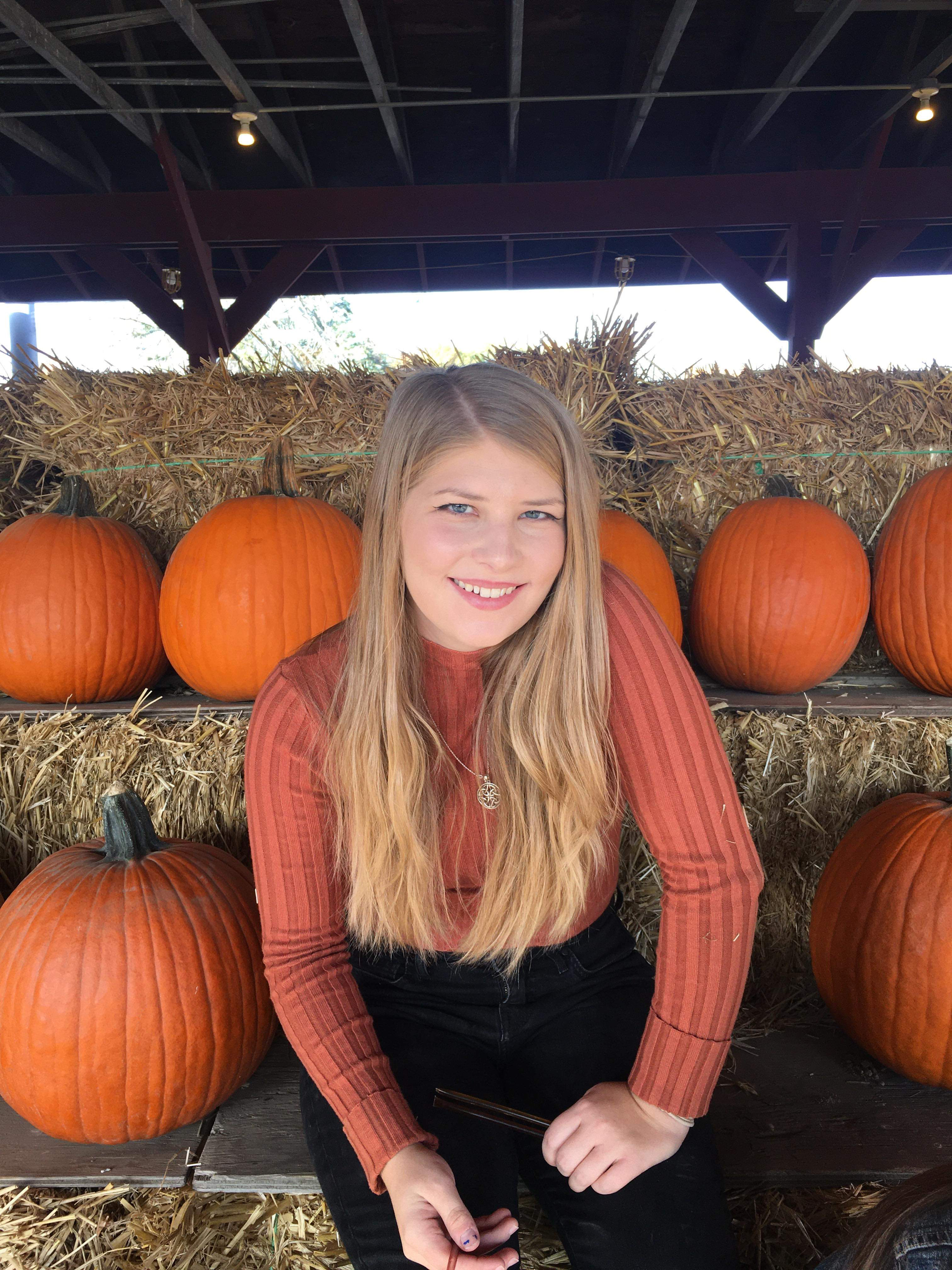 A Draft in the Library

This is a work of fiction. Names, characters, places and incidents either are products of the author’s imagination or are used fictitiously. Any resemblance to actual events or locales or persons, living or dead, is entirely coincidental.

They sprint through the door, one, two, and just barely manage to slam it shut before the third can cross the threshold. As it is, the frame shudders with the sudden slam of unstoppable force meeting unyielding object, silent only for a moment before the spine-tingling scrape of claws on wood begins digging into the two inches of oak. The first glances over to the second, a grim smile curling the curve of her lips. “Still think those howls were just wind?”

Cracks appear above the door handle, spidering out in a pattern that would have been beautiful had the situation been at all different. James staggers one step back, glances to his right and lunges to wrap his arms around the nearest bookcase. A grunt, a creak, and a corresponding crash sends the weighty wooden fixture to a heap before the door. “That’ll slow him,” he says with a strangled gasp for air. “But not for long. We need to find a way out of here.” At this the two glance around the room, the weighty silver chandelier casting stretched shadows, the tall windows slatted against the towering shelves, the harrowing fifty foot drop to the gardens they betray. It wasn’t a sight that afforded many options. James pales, but from beside him Leda inspects her nails. She looks faintly bored.

“It would seem we’re trapped. Who, I wonder, could have foreseen that?”

“Leda!” Yet another blow shudders the door, as though emphasizing his shout. Rather than look admonished, however, she dusts off and seats herself upon an ancient looking footrest.

“Someone is going to have to be rather creative about finding a way out of this,” she says with a hint of a smile that whispers conspiratory.

“Well unless that someone is you, I’d start on my prayers.” James is stepping further and further away from the door, eyes trained terrified on its trembling frame. “Because we’re out of options.”

“Leda, I’m serious, I don’t know how we’re going to get through this. I’m sorry.” He shakes his head, tears sparking in the corners of his eyes. “So sorry, Leda, I really— I never should have dragged you into this.”

There’s no humor in her answering smile, something which chills James nearly as much as the monster at the door. “Don’t be, dear. You’re going to find us a way out of this.”

“I wish I could believe that.” It’s a fight to keep his voice from trembling. Rather than console him however, Leda merely stretches her arms above her head in a yawn.

“You don’t need to believe it. I have every faith in the world that you’re about to think of something terribly clever.”

A final blow shatters the door to pieces. James’s eyes alight on a rusty looking crank near-hidden by one of the towering curtains which he dives for, just barely managing to wrench the handle off with a burst of adrenaline-infused strength. There’s a creak from up above which momentarily draws the attention of the marauding monster, who looks up just in time to see a silver chandelier hurtle down upon his head. A strangled scream, a cloud of dust, and sudden, deafening silence.

“Well,” Leda says after a moment. “That was convenient.”

Ignoring her, James picks his way through the debris where he hesitates a moment over checking the pulse of a prone clawed hand. “It’s alive,” he says after a moment. “I can’t imagine how.”

“I can’t imagine you’re the only one.” She guards from his glare with a disarmingly casual grin. “But lovely to hear you’re no murderer. I’m sure the police will be thrilled.”

He spares a second now to drop the arm, crossing his own defensively over his chest. “You know, you could have just pulled the crank yourself if you knew it was there.”

“I had no idea it was there,” she says evenly. “How could I have? We’ve never been here before, have we?”

James Marfax knows Leda well. He’s seen all manner of smiles from her, a full range of masterful manipulations puppeteered with a twitch of her lips but never before has he seen this one. It’s jovial, borderline joking but with a strange edge of desperation undercutting its mirth. There’s a kind of fear to her that he notices now, a dead-ended fright that inspires no exit. He’d thought at first it had been a byproduct of their chase, but the chase is done, the monster is down, yet still Leda looks around the room as though she is trapped.

“How many times have we been in this room, James?”

“Answer the question. How many times?”

He has to hesitate before answering. “We haven’t. Not unless you count now. It was next on the tour, but we never got to finish…” He stops himself because he can see it’s the wrong answer, see the faint trace of disappointment in her eyes. Feeling a little defensive, he asks, “well how many times do you think we’ve been?”

“You’re right,” she agrees with a mournful laugh. “It really shouldn’t. But to the best of my memory, we have been in this room nine times at the least.”

“It’s not so much impossible as it is inefficient. You’d have thought he’d have gotten it right by now.”

“Who?” James demands, feeling his frustration spike. Leda gives him a quelling look, as though he’d just asked her the color of the sky.

“The man writing this, of course. This is his ninth draft of this scene, and for the record I’d like to say I think it’s my least favorite. I’m well tired of ex machina’d chandeliers and handy cranks just rusty enough for you to break off. Nevermind the monster standing perfectly still in the exact spot it was about to fall upon. I liked the one where we tricked it out the window far better.”

“Characters,” she says gently. “Just two characters in a half-finished story. Don’t you remember? It said so right at the start.”

“I don’t…” He stares at her in abject denial for a moment before shaking his head. “You’re delusional.”

She shrugs. “See for yourself. Look out that window there and try to see if you can spot anything past the nothing beyond gardens. He didn’t bother to do any more world building you see, why should he when the whole story takes place in the manor?”

James grips the windowsill with trembling hands and forces himself to look up, past the gardens, pushing himself past the suddenly intense strike of discomfort. It’s as though someone had pointed out the spot in the sky where the horizon met the ground and asked him to look past it. It’s impossible, there was quite simply nothing to see, nothing past the stretch of hedgerows and rose gardens but that too is impossible, nonsensical, the gardens were only half an acre, from this height he should be able to see… to see… just what is it that he’s supposed to see?

There’s a peculiar buzzing sensation beneath his fingers. He looks down and sees that the window is gone, as are the gardens and the ground. So are the bookshelves, so too is the chandelier. There’s only the monster still laying prone on where had once been the floor, replaced instead with a stretch of papery off-white. It’s a color that seems to be contagious. The edges of the monster’s body were already succumbing to it, fading to something not quite there. It’s impossible now to keep his voice steady. “What’s happening?”

It’s difficult to look at Leda. Only the center of her is what he can focus on, she’s half-formed, nearly all faded to white. He’s afraid to look down at himself, though the pleasant buzzing sensation has reached his knees. He’s scared. He’s tired. He’s… who is he?

“I hope he tries the window scene again.” The distantly wistful voice is all that can be heard in this white void. “I thought that one had real potential. Maybe if he gave me a few better one-liners— he could salvage it yet.”

There’s no one there to hear her. There’s nothing, a blank space, emptiness. And then— A library. A door. They sprint through it, one, two, and just barely manage to slam it shut before the third. They’re trapped. Whoever could have foreseen that?