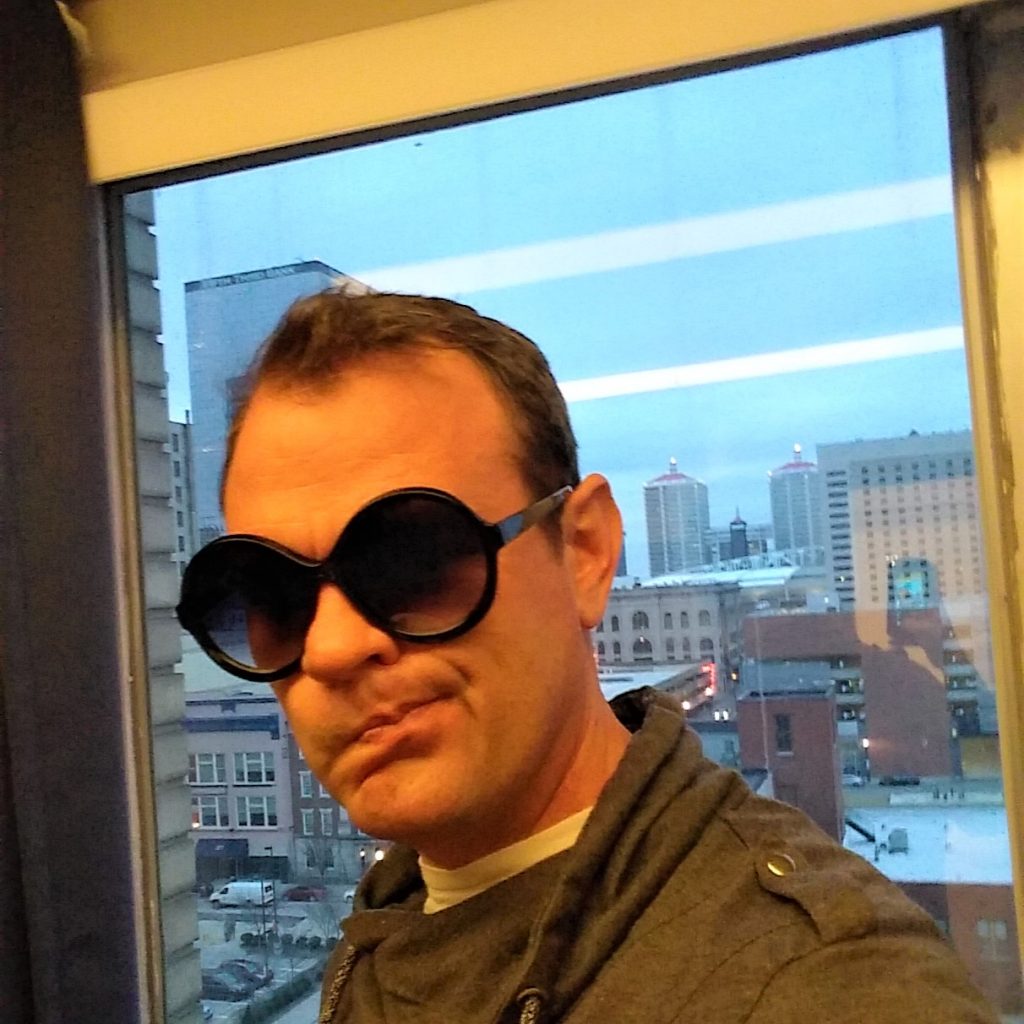 A Natural Extension of Inner Silence

The sun’s rays beat down on the desert sand, heavy, like a glare from the eyes of a drunken pervert.

“I love this,” Jake says, sitting in a lawn chair under an awning, drinking from his handle of gin. He scans the empty horizon through sunken eyes. Nothing but a few cactuses and the dapple of sage brush. It’s the perfect place. No city. No noise. No people. God in heaven, does Jake hate people, especially his ex-wife. He’d been married and living in Phoenix doing electrical work for far too long, and he never wants to see her again.

There’s nothing here. Nothing except for the red, rust-pocked pickup he drove with his gin and lawn chair in the back.

Jake drinks and strokes his grey, brillo beard. Now, out in the middle of the Arizona desert, he thinks of his ex-wife and says, “I do believe I’ll stay.”

His fingers come up to his face, tracing the deep, despoiled valleys of his wrinkles, and he drinks his gin in silence absorbing the quietness like rattlesnakes absorb fresh dawning sunlight. The city had not been quiet. His wife had not been quiet.

She was always saying he was lazy. No good. That he was ignoring her. Never did understand him. Why she waited so long to divorce him was as mysterious as the fate of Moses and the Ark of the Covenant.

“Nothing could be better,” Jake says, and he means it, scanning the empty horizon and taking a drink. Here, in his own little desert, it will be very easy to ignore his ex-wife. Easy to ignore everyone else for that matter. When Jake thought about the average person, he thought about all the things, big and little, that annoyed him. They way the drove on the streets like they owned that patch of road. Their insistence that their opinions should mean anything to him or anyone else. Politics. Sports. Children. If the whole city of Arizona disappeared off of the face of the Earth, it wouldn’t bother him one bit. Not as long as he was here.

“It could be a little better,” a voice says.

“Who the…?” Jake violently wrenches his head around is head, “How the…?” he’d thought he was alone, “What the fuck!”

“I’m the city planner,” the voice comes from behind him. “It is so good to see you, everyone thought we lost you.”

Jake makes his tired body do a one-eighty, sees the city planner, and eyes him suspiciously.

“We got everything together as soon as we could,” the city planner says.

Then Jake sees something coming up from the horizon directly behind this new and annoying man.

He’s not sure what it is at first, he can just tell it’s big and moving. He wipes sweat from his brow, and rubs his eyes, hoping this is some sort of twisted mirage. It’s not. It’s a host of semi-tractor trailers hauling through the desert at high speeds.

“Oh, you better believe it,” the planner says, bright as day.

The semis pull up. Thousands of them. People pour out the backs of the trailers along with cars, and buses, and bulldozers, and dump trucks, and cranes. They start unloading pallets of concrete, and bricks, and beds, and food trucks, and couches, and bathrooms. They begin building immediately.

One of the drivers walks up to Jake, and says, “I got a load of people here. You the guy that ordered the city?”

“Yes,” the planner says. “I ordered those people. You can go ahead and put them over there by the sports stadium.”
“Which one?”

“Oh no. Get on out of here!” Jake grabs his lawn chair and brings it down on the head of the closest man.

But the man doesn’t go. He just runs over to a group of people who’ve decided to sit on his pickup.

All around him are cranes and construction workers putting up buildings and paving streets.

Jake realizes that his ex-wife must be coming too.

“Yes, yes, yes,” The city planner answers. “It’s not Phoenix without you, Jake.”

Jake grabs his chair and his gin and starts walking out into the desert, away from the people, hobbling as fast as his old soles will carry him.

When he gets about a quarter mile out, he looks back. Tens of thousands wave back at him. He can see the foundation of buildings rising up off the ground.

He keeps moving, listening to the distant noises of people building strip malls and skyscrapers and houses. He doesn’t look back, but the noise gets closer and closer, like a hoard of desert cicadas.

Finally, the racket passes him like a sandstorm, and he’s standing in a Pheonix suburb he’s pretty sure is Scotsdale, and there’s the city planner.

“You moved the city? Here?”

“It’s not Pheonix. Not without you, Jake. Everybody knows that. They all said if you keep walking, they’ll keep moving.”

“The ex took the house. Nothing for me here.”

“Tale as old as time Jake, you and your wife.”

Cars honk their horns while the people riding inside whoop and holler.

“Stupid ex-wife,” he mutters under his breath. He doesn’t know if he can stand to see her again.

He turns to the planner. “I’ll stay if y’all promise not to bother me.”

The planner nods, “Of course, excellent idea. Let me just get the sign.”

The planner goes to his trunk and takes out a sign that says ‘Jake’s Spot: Do not Disturb”

He sets the sign in the middle of the street, next to Jake. “That should work,” he says.

“I think it better,” Jake says, and watches the planner walk away. “And my ex-wife?” He calls after him.

“Oh, she hates you,” the planner says over his shoulder.