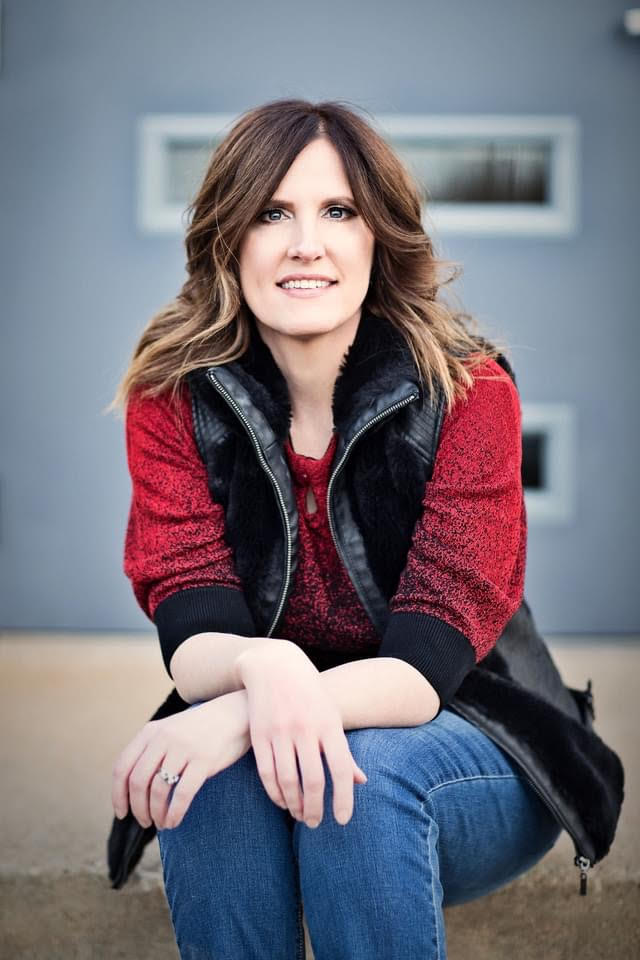 Ayoung mother pulls a plastic Radio Flyer over the curb and into the crowd, her young daughter sitting cross-legged in the middle, surrounded by her favorite dolls she insisted on bringing. “They never been to the carnibble, Mommy.”
The setting sun casts an ominous glow on the tanned skin of thrill seekers who’d been there all day. Monica wanted to come for the fireworks show, so she’d waited until 7:30 to pack Lori’s bag with snacks and sippy cups and walk the two blocks to the fairgrounds.
“When’s the fireworks, Mommy?”
“About twenty minutes, baby.” She pushes through a sweaty crowd, glancing back at Lori in the wagon. She’s brushing a doll’s hair with gentle strokes, pink hairbrush clasped in her hand, when the energy in the air changes. They both notice it.

A 14-year-old girl scoots out of the backseat of her mom’s sedan and waves goodbye, breathless, eyes scanning the crowd at the entrance. It’s her first away-from-the-parents date with Shaun, and her heart is a snare drum, her legs wobbling toward the spot where they agreed to meet. She’s squinting her eyes against the setting sun when someone taps her shoulder. She whips around.
“Hi, Allie.”
They embrace, shutting out the world around them.
“Twenty minutes ‘til the fireworks,” Shaun says. “What do you wanna do?”
Allie smiles and blushes, unable to answer. They clasp hands and join the surging crowd, the smell of cotton candy and waffle cones masking the unease swirling around them. They mistake the fear in the air for excitement.

A couple in their 70s stands by the carnival entrance, holding onto each other’s hands.
“This is where we had our first kiss,” Doug says.
“Fifty years ago,” Martha finishes.
They kiss, a gentle whisper as promising as the first so long ago.
“Let’s go now so we can get a good seat for the fireworks, huh?”
Doug squints at his wristwatch. “We still have twenty minutes. We can get a soda pop on the way.”
Impatient people push around them, clicking their tongues and huffing exasperated sighs.
Doug frowns.
“Something’s happening.”

Clark quickens his step as he listens to the orders of his first mission barked through his earpiece. “Everyone fan out. We have twenty minutes. Find him!”
Focused on searching the crowd for a black baseball cap, Clark nearly trips over a wagon. “Oh, excuse me.” His eyes flit between the young mother and the little girl in the wagon, brushing a doll’s hair. He sidesteps around the wagon and continues his search, sweat beading at the base of his neck and starting the slow roll down to his chest.
Black cap, tall, 20-something — that’s their perp.
He speaks into the mic tucked into his shirt collar. “Anyone got eyes on him?”
Clark is desperate to find the maniac who threatened to blow the whole town sky high with the first boom of the fireworks. The mayor didn’t want to call off the show. Said the threat wasn’t credible.
There! He sees him. “Boss, I’m on a trail,” he hisses into his mic.

Doug and Martha perch on a retaining wall in an alleyway between two tents. The benches are all taken. They swish their cups and listen to the sloshing of the warm soda with not enough ice. The sun rests low behind the carnival tents, a tender breeze taking its place.
“Look.” Martha points toward the main thoroughfare, where a dark-dressed man is pushing through the crowd. Looks like he’s reaching for a gun. The sea of people parts, gasping, as the man barrels past.
“There’s another one.” Doug feels tension in the air.
“I wonder what’s going on,” Martha says, brows furrowed, then dismisses it. “How much time? Should we go?”
Doug checks his watch. “Ten minutes.”

Monica tugs the wagon and trudges onto the field, shaken by the strange man who bumped into them and ran, and unable to shake the feeling that something is terribly wrong. Now she sees more men just like the first, all running in the same direction in the same mysterious manner, mouths turned downward to their shirt collars, hands poised at their sides as if ready to draw a pistol. Like it’s the Wild West. She thinks about a show she saw once, a reenactment. Could this be one of those? No, they’re not dressed for it. They look more like Secret Service. Is the president here?
She glances at Lori, who’s hugging two of her dolls and singing to them, and that calms her.
“Mommy, when’s the fireworks starting?”
“Real soon, baby. Ten minutes.”
“But ten minutes is forever!”

Shaun and Allie are making their way onto the field, blissfully numb after stealing kisses behind a game booth. He lets go of her hand and wipes sweat on his shorts, then turns his backward black baseball cap around on his head. He looks back and sees the crowd parting, a man dressed all in black surging forward. Directly toward Shaun. He flinches, and then looks around, heart pounding, searching for who or what this man could be after.
“What’s wrong?” Allie sees confusion in Shaun’s face. Then she sees the man heading straight toward them, hand held over a gun at his waist. She grasps Shaun’s arm.

Clark reaches for his gun as he closes in on the perp in the black baseball cap, eyes trained on him, head spinning. He’s almost there. He’s there. He looks into the frightened eyes of a kid. Damn it! This isn’t him. He’s just a kid.
Then Clark hears in his earpiece, “I don’t know who you’ve been chasing, but we got him! Look up.”
His eyes peel away from the wide-eyed kid and out into the crowd and toward the scaffolding of the fireworks platform. At the top of the scaffolding is a man wearing a black baseball cap, a remote control in his hand, a digital read-out counting down: 04.
In one swift move, Clark slips his gun from its holster, lifts and aims. 03.
The entire crowd simultaneously screams and ducks. 02.
BOOM.