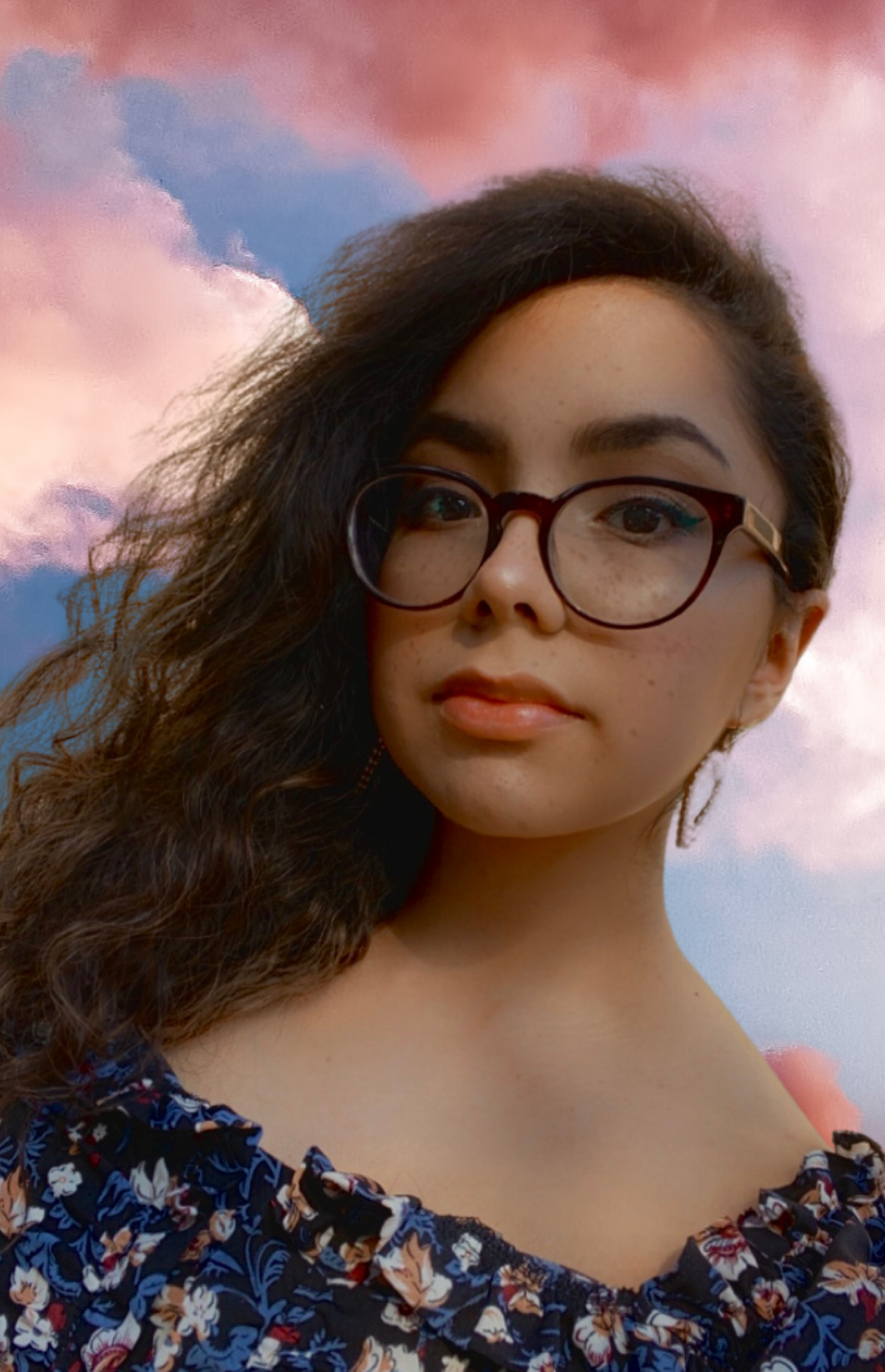 That summer, Mamá and I began sharing the bed again. I was about to turn fifteen, straddling that space between childhood and womanhood that Mexicans said arrived about then. Papá was traveling for work and Abuela needed us, her bones too frail to walk around the house alone and too much in pain to sleep, her legs with veins blue and reddish-hued, a child’s scribble on a wall. Her cries to God so loud that we took the room down the hall and still heard all of her voices at night. That’s how it sounded, as though she housed different people inside.

No puedo, no puedo, she said.

Because of her, Mamá and I couldn’t sleep either, not for nights at a time. And then we didn’t share, less an equal divide between us and more kicking and clawing, our skin itching and shivering and shouting for space. The blanket Abuela had given us to sleep beneath, patterned with a leopard print that reminded me of Africa, the outside, the world anywhere but here, never seemed big enough. We were unequally protected from the chill of the night drifting under the window pane and the ceiling fan spinning fast over our heads. She complained that the bed and the blanket were too short, that her feet dangled off the mattress far enough that the Devil would steal them in her sleep.

That’s what your abuela used to say, she said and didn’t sound like she was joking.

Not like me who had to use a stepladder to reach high places and whose head was used as an armrest for all my friends taller than five feet, me almost fifteen but still not much taller than twelve. Mentioning this was my mistake, because then Mamá started scolding me for everything else wrong with me: that I smelled, that I hadn’t showered in days but it wasn’t that I didn’t want to, I argued, it’s that I always said tomorrow, tomorrow as though unsure how to say today. Why bother when Abuela was the only one around and she had lost almost all her senses but sight?

Ay, mija, she said and turned away so she didn’t have to look at my face or smell the souring toothpaste from my teeth or the oil seeping from my third-day hair onto the pillow in invisible streaks. The way she did when I chopped an onion or tomato into uneven pieces like I’d never held a knife before, as though it was my fault my hands were just as clumsy as hers. The layers always fell apart in my fingers and they made my eyes weep like Abuela’s favorite mariachi singer Vicente Fernandez, But Mamá never heard any of it or the way I fought back when forced to share a space made only for one.

Mamá, what about your curls that are always in my face?

Your feet are always bumping into mine, I have as little space here as you, but she only complained that she was about to fall and pushed me away.

And not for the first time, I realized that I didn’t recognize anything about her in me except our anger all the time. In the lines of her face, in her stiff silence every time Papá came home from work, even in her food, and Abuela was the only one who couldn’t taste it. Even though Mamá warmed tortillas over the stove’s open flame until they blackened like the bottoms of a child’s feet, like one who refused to wear shoes. Her sweet tamales that cut bitter through the pecans and cream cheese, and her chilaquiles so dry somehow even swimming in sauce. Her mole that ran thick as concrete in the road, and on her worst days, the beans that tasted only of salt. I didn’t want to be like her, Mamá who worked so hard with her hands I wanted mine to be smooth, looked out of windows I wanted to break with a rock and a good aim. Mamá who never sang even when listening to a song that she knew, only hummed along when all I wanted to do instead is scream.

Yet sometimes we were so tired that she didn’t have the strength to complain when I asked her for a massage, even when my tone was less of a question than a demand. Still she agreed, saying only, Mija, turn around. Her fingers pressing soft up and down my spine easily poking out of my back, loosening my shoulders made of flesh that had never known to rest, my belly until it tickled and stung all at once. And when she was done, I turned to my body’s other side and did the same to her without having to ask. Her neck that crackled under my touch, arms and waist that had perhaps seen smaller days, this body I had come into this world from but knew so little of, the one she had once given to me but was too busy these days to ask for it back. Too busy to say if she loved me or not, and it was too late for me to ask her that now.

I didn’t remember falling asleep that night, only waking up to Abuela’s Spanish and someone else’s on the phone flooding through the lip of our door before breakfast and pouring into the canyoned dips of our ears and rubbing the sleep from our eyes.

Someone sighed out of the nose, kicked the other’s foot or a leg hard in protest, Mamá and I letting out so many battle cries at once we weren’t sure whose was whose. The leopard-print blanket stretched tight between us, our fingers clothesline pins on its fur, this morning and this bed had turned us into beasts, made only animals of us.