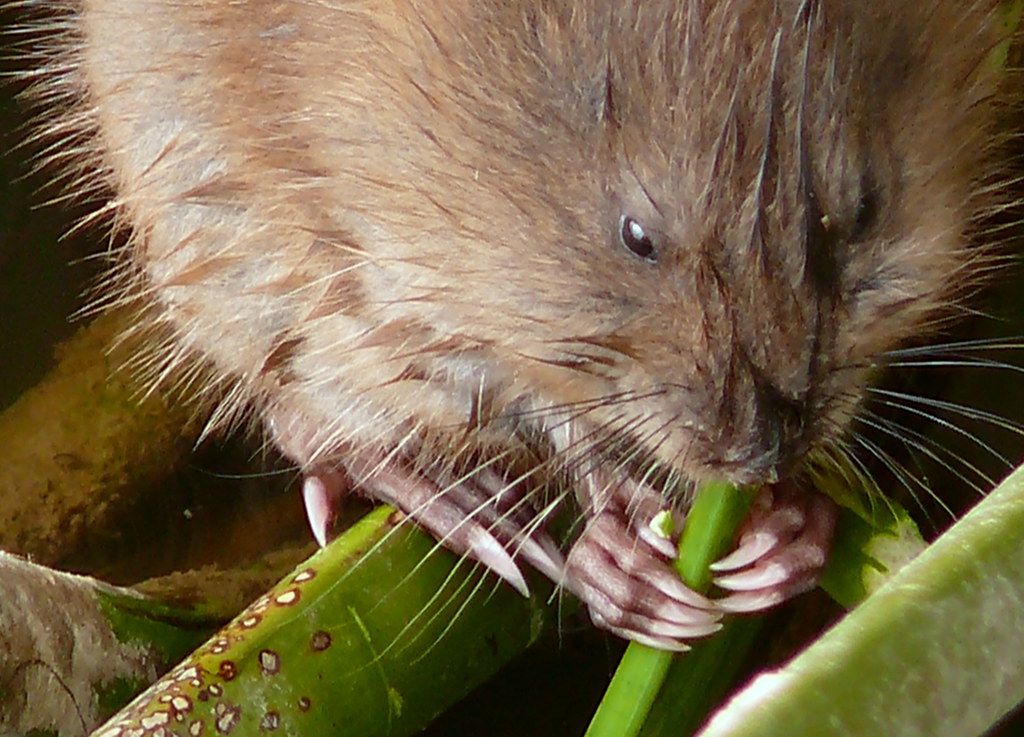 It was lonely work, prison patrol. Xartha knew that going in. He stuck to it diligently, because it was a very high honour, but even an archangel would admit it wasn’t wildly exciting. The first thousand years were much like the next. And the next. Then again, that showed he was doing it right.

A more sociable angel would go mad from the loneliness, but Xartha found the monotony soothing. He had almost forgotten the clamour of the universe. His task was to patrol a bubble outside the universe, although ‘bubble’ was probably the wrong word, since it was twice the size of the universe and a lot more sturdy.

There wasn’t much here, except a few million angels also on patrol. He hadn’t met a single one in 10,000 years, but they were his comrades all the same. In fact, it would probably be awkward if he did meet one. Hi there. How were the last billion lightyears of unbroken prison wall for you? Oh, you know, still impregnable. Bye then.

It wasn’t only angels in the bubble known more formally as the ‘Great Necessity’. It was mostly taken up by the prison, the sheer scale of which bullied the senses. The Rampart occupied most of it, a hollow sphere around which the angels circled on their lonely patrols, reciting the Canticle.

The Rampart’s walls were a million miles thick and made of solid mercium. Nothing could punch through it. Not because mercium was strong, but because damage to it was fundamentally disallowed by the abiding forces of Creation. You might as well try to bite time.

Inside the vast mercium Rampart was the Void, a fold of nothingness so pure it had neither colour nor shape. Xartha had spent a few thousand years trying to picture the Void. It was a stinker to imagine. As soon as you had an image of it, it slipped through your mind like a wet prayer.

Inside the Rampart, at the centre of the Void (here Xartha gave up trying to picture things,) was the Speck. The Speck was the Great Necessity’s only cell. It was, as its name suggests, very small indeed.

Imagine a speck of dust in relation to the universe. The Speck was smaller than a speck of dust to the very same degree. Hard to wrap your head around, even for a winged immortal.

The Speck needed to be small, because what it contained was very, very big. So big, in fact, that if It ever got out, It could swallow the universe, and the bubble, and all the nothingness around them, and still have room for cake.

Xartha shivered. The scales involved made his mind cramp. Best to keep patrolling the Rampart and not think about what they had imprisoned inside. Keep reciting the Canticle, and don’t examine the words of it. Words that explained what lay within...

Xartha cleared his mind, continued to chant and float along the mercium Rampart. He had a good reason for volunteering for 10,000 years on patrol. If he stuck it out, he would be a shoo-in for promotion to archangel - his dream since he was a cherub. Not a selfless reason, but Xartha had ambitions. Good ones too.

There was a dust mite on planet Earth he had his eyes on. As things stood, it was destined to fall off a cushion. If he could delay the fall by eight seconds, he could break a cause-effect chain that would end with a tsunami crushing San Francisco. He was particularly fond of that city.

His first miracle! The higher-ups would love it. They valued initiative, and that was just stage one of his plan to halt catastrophic climate change on that planet. He could even settle there. Archangels tended to live terrestrially, until holy duty came knocking. There was a nice villa on Potrero Hill...

Xartha concentrated, not letting his ambitions distract him. His mouth uttered the Canticle on automatic, but it lost its effect if his mind wandered. He focused on the words. This bit was about how awesome the prison was, a structure so vast its curvature was invisible unless you were billions of lightyears away. It really made you think about what went into making it, and why....

Xartha wished he hadn’t thought of that. That was the worst part, the part that still gave angels pause, the open secret no one spoke without a tremor of guilt and dread.

The only being who could build such an awesome prison was the one they’d trapped inside it. The Almighty, tricked by Its own hubris.

A cabal of archangels had issued a challenge to the all-powerful. The challenge was: If You’re so mighty, can You build a prison that even You cannot escape?

The Almighty smiled Its terrible smile - and this was the result. The trick had been a hideous success.

Xartha frowned. His mind was wandering again. It was soon returned to the present by an unbelievable surprise: A small shadow on the Rampart - a figure, angel-sized, gliding towards Xartha with barely a flicker of its wings. It trailed a bronze hand along the mercium wall, slowly.

Was he about to be Called Up? Xartha knew he had served well, and the gleam on the newcomer’s wings denoted that this was an archangel, not a fellow patroller. He braced himself for interview.

“Your exaltedness,” Xartha blurted when the figure came close. “There’s a dust mite I want to talk to you about.”

A deep drawl answered him, the kind of drawl that means either cataclysmic authority or well-connected parents. “The one on the cushion? Please, Xarthagenasti, we are not here to discuss trivia.”

Xartha blushed. “Of course,” he said, though he had no idea what he ought to be discussing. 10,000 years on patrol meant he was pretty much out of the loop. He tried to look knowledgeable.

The figure smirked, stretching the imbalanced pause. Xartha squinted. Angels were, by and large, a not very diverse-looking species. All eyes and wings. A police line-up, as they had on Earth, would probably require a magnifying glass to tell them apart. Even so, there was something awkwardly familiar about the one in front of him…

“Talk to me about this prison.” The newcomer said, tapping the mercium lightly.

“It is ingeniously designed. There are three components: The Rampart, the Void and the Speck...” Xartha began.

“Yes, yes, yes,” the archangel snapped. “But how is it maintained?”

“The biggest challenge the Almighty faced in building Its prison was Its own will. The Almighty can do anything, destroy anything. Even this.” He stroked the mercium wall softly. “So when It was challenged to contain Itself, the key difficulty was making Its own will subordinate to others’. No chance of that, but It could make other wills more powerful. Impractical within the universe, of course. But outside of it, the Almighty made a bub- a holy place in which the will of angels was on a par with the Almighty’s. And so the Almighty’s will to break free was only as strong as our will to keep the prison intact.”

“Very good.” The stranger purred. “You’ve grasped the basics. Here, your will is as powerful as the inmate’s. But how do you keep your will constant, so that the walls do not weaken?”

Xartha puffed out his chest. The answer was known to the lowliest angel who ever dreamed of the prefix ‘arch’.

“The Canticle.” He said with aplomb. “Every guard recites it. We know it by heart. It’s a list of the Almighty’s wrongs, all Its cruelties, injustices and fits of madness. By speaking it, we strengthen our resolve. Our will stays firm. And so the prison walls, obedient to our will, never crumble.”

The archangel’s smile was growing. Xartha sensed a trap. He was being led towards a bad conclusion, but he couldn’t see it yet. And that weird feeling of recognition was ringing distant alarm bells.

The archangel raised a few of its eyebrows. “Not a flattering portrait of our creator, this Canticle?”

“No,” replied Xartha carefully. “But a true one. And a necessary one, if the Almighty is to be kept safely inside.”

“Imagine,” it mused. “A million patrolling angels, their will equal to the Almighty’s, reciting a description of a cruel and vengeful god.”

For no reason at all, Xartha suddenly recognised the figure. It was himself, his own features in an archangel’s guise. But the cruelty of that smile, the casual glee, the aura of power, had stopped him seeing it straight away.

Now his double unfurled its wings for the first time. They shrouded the visible realm in a frieze of sickly white. Its voice became the sound of stars exploding, redolent with might.

“How long did you think it would take to will me into existence?”

“The villain of your Canticle. Your caricature of the Almighty made flesh.”

Not straight away but slowly, Xartha felt panic. His limbs went stiff, a good portion of his eyes closed in dread. The awful realisation sunk his heart to his eye-covered toes.

He gabbled, “But You’re still inside. The walls, they haven’t cracked...”

“Oh yes, there’s something still inside. Lost and forgotten. The challenge was met, and won.” His doppelgänger grinned. “But It foresaw the consequences, when you did not. Have you realised yet? I am your creation. My cruelty and power and vengefulness you wrought all by yourselves. And now, about that little dust mite...”

With that, then a blast of energy not assigned to any force, the apparition vanished. Cold laughter echoed off the Rampart.

Xartha gibbered for a hot instant. His dreams of promotion evaporated like holy water off a sunlit highway. He would be blamed, no doubt about it, but there was no time to mourn the loss of 10,000 years’ ambition. The universe would now face a more horrifying punishment than all his worst nightmares combined.

His wings trembled as he sent out an emergency prayer. 10,000 years, he lamented. His career would never recover.

Somewhere far away, in the naked turmoil of the universe, on a measly, unobserved planet of no consequence, a dust mite fell off a cushion.