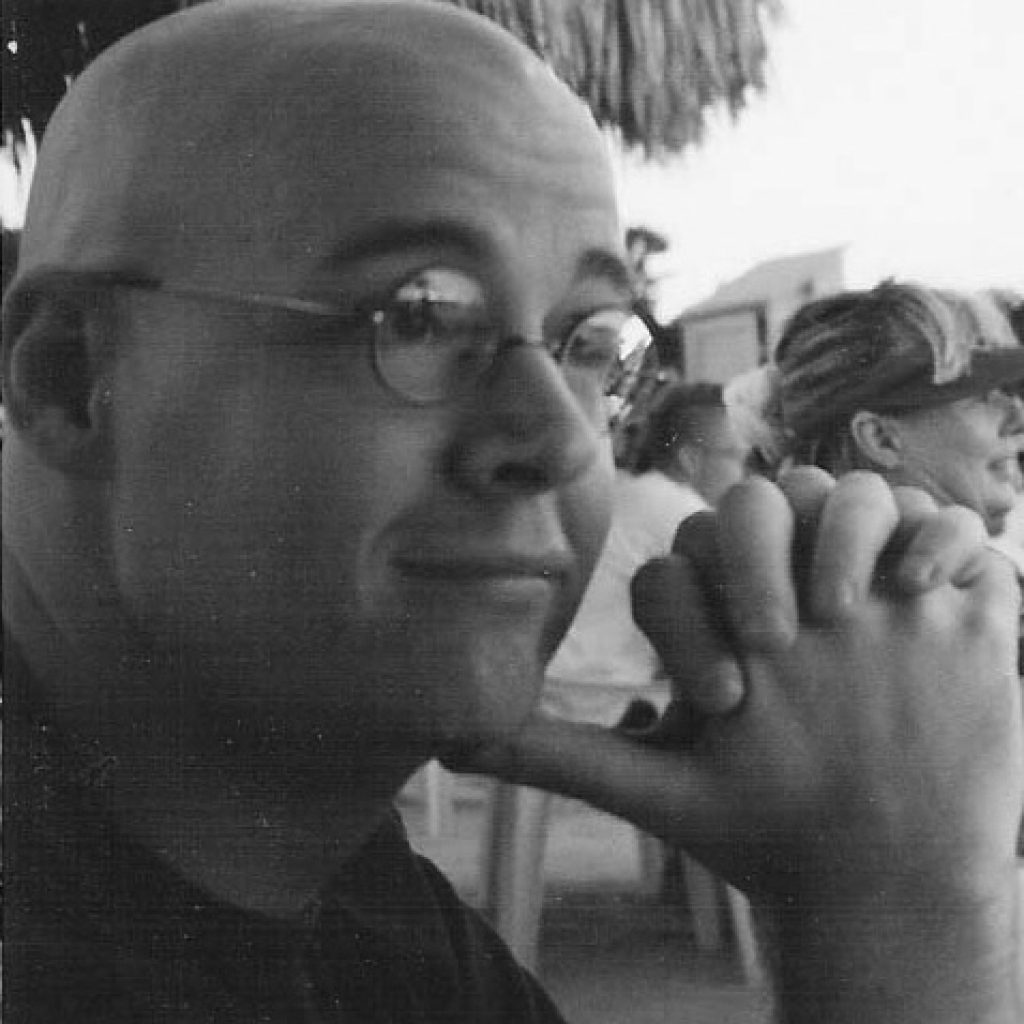 My first name is Baxter.  My last name is What-the-hell-is-wrong-with-you.

That’s a joke.  My real last name is Atkins.  When I was little, the older boys in my neighborhood just said that What-the-hell-is-wrong-with-you was my last name because it was what my Dad always said after he said my first name.  He’d say, “Baxter, what the hell is wrong with you?”  It makes a little more sense when you put the spaces in between the words.

I don’t think it’s a very good joke, but I don’t tell jokes very well.  Bo, my Mom’s friend, says that any joke that needs an explanation that lasts longer than it takes to tell the joke in the first place probably isn’t any good.

Besides, the older boys don’t tell that joke anymore.  They haven’t told it since I got big.

I think the joke started in kindergarten.  I don’t remember it being told any time before then.  The earliest I can remember it is when Mr. Spinner died.  He was a hamster.  Sherri Ogilvie told Mrs. Tate that Mr. Spinner wasn’t moving anymore.  I knew what that meant, because I’d seen bugs and squirrels stop moving, too.  Sooner or later, everything stops.

I took Mr. Spinner out to recess with me.  I felt bad for him; I used to pet him sometimes, and his whiskers would tickle my fingers.  Since he was dead, though, I knew that Mrs. Tate would just put him in a plastic baggie and give him to the janitor.  That’s what she did with Buddy, the hamster who used to live in Mr. Spinner’s cage.

I wanted to see what Mr. Spinner looked like on the inside.  I’d seen the bones of squirrels and raccoons before, but they were always smushed.  I knew Mr. Spinner had to have a skeleton, and I wanted to know how many bones he had.  It’s very important to know how things work.

Finding out was very messy.  I only counted fifteen bones before Mrs. Tate took Mr. Spinner away.  When Dad came to pick me up, I think that was the first time he yelled “Baxter, what the hell is wrong with you?” in front of other people.  He’d said it before, but mostly at home.  The joke started after that.

Dad left when I got bigger.  I don’t remember exactly when.  I was usually pretty busy, learning things, but Dad said he couldn’t handle me anymore.  I don’t know what he meant by that, because we didn’t play together all that much.  Mom cried for a long time when he went away, but she always sounded angry when she talked to him on the phone.  She had to go see Dad and his lawyer, Mr. Applewhite, all the time.  She’d leave me at Aunt Jane’s house, which I liked.  Aunt Jane has three big dogs and a frog pond, and she always let me be.

Mom says Dad left because there is something wrong with his heart.  Bo says that Mom was “speaking figuratively.”  That means she’s not talking about his real heart but his feelings, probably.  I don’t think about it very much.  I like Bo a lot better than Dad anyhow.  He’s always been nice to me and Mom.

Mom met Bo on August.  She has known Bo for 489 days now.  I know because I have a special green clicker for it.

When I’m trying to learn how things work, counting is very important.  My counting used to make Dad upset.  I didn’t think he’d mind, because Dad is an accountant.  He must count things all the time.

Dad’s the reason that I learned how important counting is.  After I opened up Mr. Spinner, I wasn’t allowed to go outside for recess anymore.  Mom said that other parents wrote letters about it, so Dad talked to the principal.  Instead of going out, I worked with Mr. Abernathy, the janitor.  He had me take inventory, which involves a lot of counting.

He had me count light bulbs and toilet paper, basketballs and jump ropes, even the things they used in the eighth-grade chemistry class.  The glass slides were hardest to count, because they were very thin.  Mr. Abernathy let me keep little things so I could do experiments with them.  If I kept anything, though, I had to make sure and recount the whole batch.  “You never know when things’ll need replacing,” he would say, “so it’s best to get the numbers straight, just in case.”

Mr. Abernathy made a lot of sense, and he trusted me to do good work.  He had a big room in the basement all to himself, with lots of pipes, tools, and a sink bigger than my bed at home. When I was in third grade he gave me my own special key to the basement, so I could work whenever I wanted.

I was very careful.  Sometimes I would lose count and I’d have to start over, but my numbers were always right in the end.  Mr. Abernathy said before long I’d be ordering supplies for the whole district.  I never did, though.  The school burned down when I was in eighth grade.  They never got enough money to fix it.  I spent a lot more time at home after that, but I still go down to the school basement sometimes.  It’s only 962 steps away through the woods from my back door.  My key still works.

Dad didn’t like me counting at home, but I thought the numbers there might be just as important as they were at school.  I tried to count everything I could.  I always used to count out loud, but that made Dad angry.  He would yell, “Baxter, what the hell is wrong with you?”  I tried to do the counting in my head, but I lost track a lot.  That always makes me upset.

When I got upset, I used to go out to the tool shed.  I still do.  I know all the numbers there:  every board, every nail.  I used to feel bad when I wasn’t counting, but Bo says it’s good to take a break sometimes.  He put a cot in the shed for me, and Mom doesn’t mind if I sleep there if it’s not too hot and not too cold outside.  She let me stay out there by myself for 46 hours, 21 minutes, and 58 seconds once, but then she came out to bring me a snack and some milk.

Bo says there’s nothing wrong with me.  He doesn’t mind me counting things, either.  He told me that not everyone understands how important the numbers can be, though, so sometimes it’s better to keep quiet.  He bought me a clicker, which is the best thing that ever happened to me.

Every time I need to count, I can just click the clicker with my thumb.  I still count out loud sometimes, but the clicker makes sure that I can keep track of important numbers without forgetting.  I tried it in the library, and I counted the tiles in the ceiling exactly right on the first try.  My clicker is so quiet that the librarian didn’t even shush me.

Bo saw how much I liked my clicker, so he got me three other clickers, just in case.  One he gave me for Christmas goes up to 9,999.  He said I might need to keep track of a number that big someday.  He taught me how to oil the first one, too, so that it always clicks quietly.  I still like my first one the best.

Bo makes Mom smile a lot.  He lets me be when I’m trying to learn new things by myself, too, but he explains things to me if I ask.

He told me why Mom started crying again.  Mr. Applewhite came by to give her papers because Dad says that we are bleeding him dry.  I think Dad is speaking figuratively.  Mr. Applewhite said that he could save Dad a lot of money if a doctor looked at me and decided I ought to live somewhere else.  He wanted to speak to me in private, but Mom wouldn’t let him.

I like living with Mom and Bo, and I know most of the numbers here at home.  If I go to live somewhere else, I’d have to do a lot of counting.

I had to keep him in the tool shed till it got dark.  I broke twelve of his bones, three in each arm and three in each leg.  The bones are called the humerus, radius, and ulna in the arms and the femur, tibia, and fibula in the legs.  I broke two of each.

He was pretty quiet after I broke his femur bones, but I made sure that no one could hear him from the shed if he yelled.  I was very careful.  We had meatloaf and green beans for dinner.  Bo and I counted the green beans together.  We had a lot.  Bo took Mom to the movies, and I went back out to the shed.

When it got dark, I carried Mr. Applewhite to the school basement.  I know the path by heart.  It took me 1,038 steps to get there, probably because I was taking littler steps.  Mr. Applewhite wasn’t very heavy, but I brought a backpack with me too.  I put all the things I needed for my experiment in it, plus a snack and two bottles of soda pop.  I would have brought milk, but I knew it would get warm.

I’ve got some rope I can use to lift him up by his feet over the big sink if I need to.  I will have to open up more holes, though, because some of the blood might go into his head or his other arm when I lift him by his feet.  If I don’t count all the drops, I won’t know how many it will take to bleed him dry.

Dad is bigger, so I know it will take him a little longer.  He should have more drops.  After I’ve counted them, I’m going to check and see if there really is something wrong with his heart.