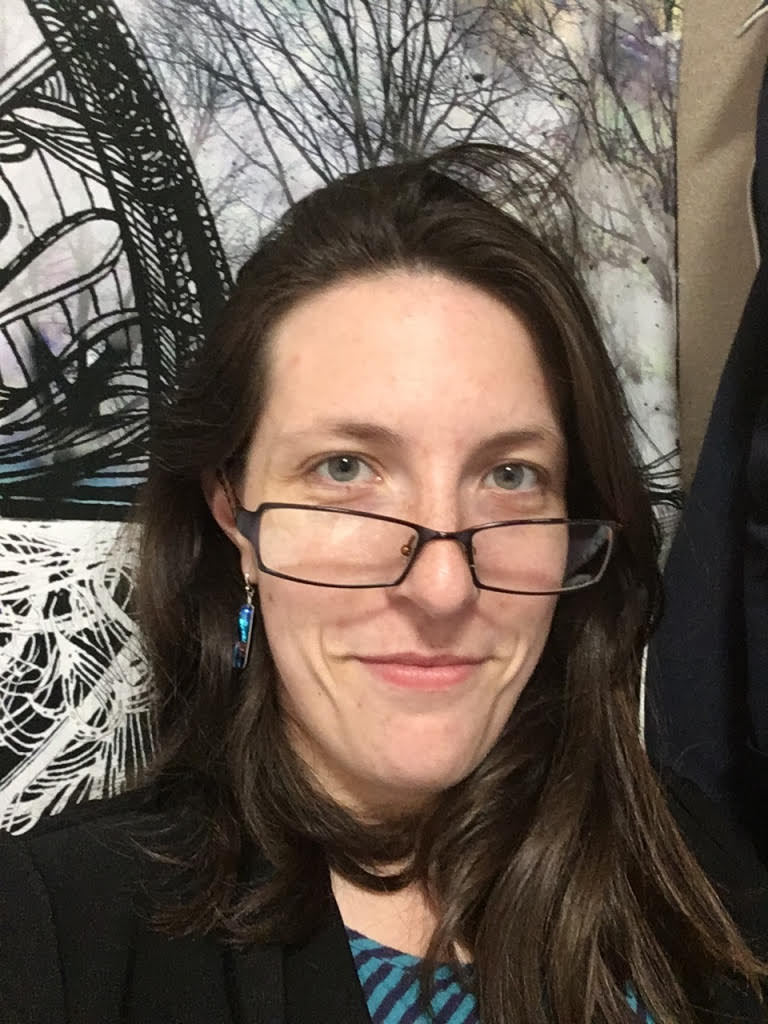 What was the last dream that you had? My dreams are often long, epic, and make me feel more tired than when I fell asleep. But sometimes, my dreams can be so mundane that I have no idea if I'm awake or asleep. What if I told that one of my dreams happened in reality?

It was a dream from a long time ago, if high school is a long time ago. In this dream I was walking down a road that I didn't know, yet it felt very familiar to me. I belonged there but I had never been there before. It was a very surreal feeling. Dreams often come with a surreal aspect, but this was just a little more than usual.

When the dream started, I was walking down the sidewalk into a small looking town. I felt comfortable. There were schools of some sort with kids running around yelling to left and a Church I had never seen before down a little way on the right with someone just passing through the gate. There were brightly colored road signs that I could see markings on, but I couldn't read them. They weren't in any language that I knew or recognized but that didn’t faze me.

It was a hot day with clear skies, although it was hazy. I remember being perturbed because of how hot it was. While walking, I realized I wasn't alone and there was a shorter woman next to me. I couldn't see hear face all that well but she was smiling. She was talking and some of it was just all fuzzy and some of it was in focus. What really stood out to me though was the lilt of her voice. I knew she was speaking a language I understood because we were having a conversation, but the rhythm and cadences were unfamiliar to me. I was having fun and smiling along with her.

Just then, a huge dark green car came up to us and stopped for a moment. I couldn't make out what was said, but the conversation was short and tense. Then, the car was driving away and we started walking again, though the atmosphere from before had been ruined. We exchanged frustrated words about the car that had come and gone. Just when I looked over to her, her face was pulled out of my vision for a reason unknown to me. She let out an exasperated sigh and agitatedly pushed a clump of her long black hair behind an ear, causing a simple cherry blossom earring to twinkle in the sunlight. 'How pretty' I thought to myself.

That was the end of the dream.

It was a sudden and jarring end. I woke up completely disoriented and couldn’t recognize where I was. It felt like I was sinking slowly back into my body. There were a good few minutes before my eyes recognized the dresser drawers of my bedroom and the mess on the floor. During the entire time I regained my bearings, I felt like I had just been ripped away from something that belonged to me, a place that I was supposed to be. A heavy loneliness passed through my body followed by a strange longing to get up and go. Where? I had no idea, but I wanted to go, to leave. That was soon replaced by this unexplainable feeling that everything was going to be fine and even though I wasn't there anymore it was something for me to look forward to.

When I finally realized where I was, my heart was light and I had forgotten most of it. The only thing I remembered clearly was that beautiful cherry blossom earring and how it twinkled in the sunlight. I couldn’t forget it. It became a fixture in my class notes. While the teacher was lecturing, I would sometimes draw this earring if my hands were idle. Looking back on it now, this dream may have been the spark that lit the fire of travel in me. I've always had this longing to go somewhere else, somewhere on the other side of the world. It was more intense afterwards. It was after this dream that I sat down seriously and started a list of places around the world that I wanted to visit.

By this time, I was in Korea and had been teaching English for about a year. I had indeed left to the other side of the world like I had always wanted. It was the middle of the summer and I was not happy about it. If you don't know, summer in South Korea is brutal. The sun is scorching and there is so much humidity hanging in the air that sometimes it feels like you are breathing underwater. Every breath is laborious and just doesn't have enough oxygen. It is the kind of summer where you stand outside for not even a second and you have got rivers of sweat running down your forehead and back. It is the kind of summer that just pulls all the energy out of you. Nothing ever gets dry and everything molds.

I had planned to avoid the evening summer sun. However, my plans instantly changed when the Art teacher at my school asked me if I would like to accompany her on a walk with her dog. Her dog was an absolute gem. I loved him so much. Her dog was a big dog in South Korea but actually only a medium sized dog when compared to dogs in the USA. He had wiry grey and white hair with the kindest brown eyes. His paws were big and he was an absolute coward. Of course, I was going to go on a walk with the Art teacher. She was also my good friend and always took care of me. There was no way I could say no.

School had finished and we had agreed to meet in ten minutes. That was just enough time to go home and set our bags down. There was no rush as I went home but I remember this fluttering feeling, as though something was about to happen, flitting around inside me. I didn’t give it much thought and brushed it off as left-over stress from a full day of teaching.

The sun was still high in the sky when we started our walk. Her dog was very excited and refused to leave any slack on the leash as we strolled around our small town. Along the way, we talked about students and how they were doing in both English and Art class. The students were in the middle of projects and both of us were afraid that they wouldn't be able to finish them before the end of year festival. We had hoped that these projects would be displayed in a gallery for the parents and grandparents to view before the closing performances. We talked about dance class and plans for summer vacation. We were just about to finish our loop as we walked past the school when I felt something shift.

I was looking at her dog then my eyes caught a familiar silhouette and glanced up to double check. The road stretched out in front of me in a strange way and time seemed to slow a fraction of a second. I felt a disconnect in that moment. The colorful road signs said 'slow' and 'school area'. I heard my students playing soccer in the field across the street on the left. One of the students yelled in frustration that another was cheating. The Catholic church, where I just noticed one of our administrators walk into, was just down the way a little on the right. I made a joke about being just as dehydrated as her dog sounded as he pulled against the leash. She laughed a little. It made me smile.

Something in the back of my mind brought up such an intense feeling of nostalgia that I had to pause mid step. The Art teacher looked at me in confusion as I looked around. It felt as if I was seeing everything for the first time again. It all looked the same but different and lost all sense of familiarity. I couldn't tell if I was dreaming or if I was awake.

While we were stopped, a huge car with camo coloring pulled up beside us. There was an old man inside who pointed at the dog and reprimanded the Art teacher for not picking up her dog's feces. He claimed that she was being irresponsible and that her dog was the one making a mess of the town. She raised a bag that had been used at the beginning of the walk and waved it at the old man who sported a disgusted expression. She told him she knew what she was doing and thanked him "politely". He shook his head and then roared away.

This all happened right next to me but I felt like I was watching from the wrong perspective. It was disorienting. I looked over to apologize to her for stopping so suddenly. Just then, her dog rushed forward and yanked her out of my vision. She let out a frustrated sigh and pulled him back. He sat down and the Art teacher pushed a clump of hair that had fallen into her face from the sudden movement behind her ear to reveal a that beautiful pick cherry blossom earring. It glinted in the sunlight and I said "That's pretty."

In a rush my dream came back like a ton of bricks and my disconnectedness resynced. It was all there. It was a strange sensation as the peripheral details filled in like ink. The kids yelling became them playing soccer, the person entering the church became an acquaintance. The colorful signs in a language that I hadn't known how to read back then were there but now I understood them. Everything was the same, down to the color of the car and the old man. The Art teacher was there and her face filled in. That cherry blossom earring was exactly the same as well. I now knew why we had stopped and why the Art teacher suddenly disappeared from my sight. It made sense why she had to pull her hair behind her ear.

I was floored and swayed slightly because I was suddenly dizzy. The Art teacher gave me a concerned once over and declared that it was time to end the walk and go home to get some water in us. I chuckled and agreed since we were almost home anyway. We went back to our respective houses and I sat down on my bed in shock for a moment. Something unbelievable had happened.

Scientist try to explain Déjà Vu by saying that it is a memory that has been misfiled in the brain. However, after that experience, I can't say that I agree. I don't know exactly what Déjà Vu is, but I can tell you that it could be a misfiling for memories but it also could be something else. How else would I have known about the earring and drawn in for years afterwards? Unless my brain made up those memories on the spot. But, I know that's not true because I checked my notes.

So, are some Déjà Vu actually prophetic dreams? Or are they really just a mistake of the brain? I don't think we can ever really know the answer to that. What do you think?