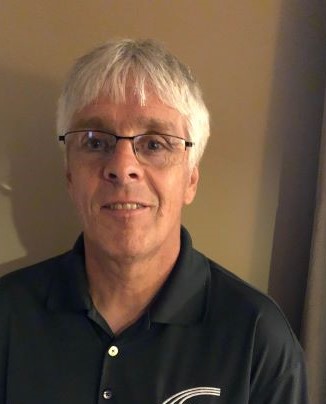 King Allius looked down on the battlefield. He studied the location of his troops and those of his opponent. With a grin on his face, he extended his hand and moved a black pawn so that it was in position to capture the white king.

“That’s checkmate,” he announced and waited for Gregor, his chief advisor and the kingdom’s most powerful mage to acknowledge defeat.

“Your expertise at this game is beyond reproach,” said Gregor and he toppled his king.

“If only real war were as simple,” stated Allius. “I wish I could get King Malidy to agree to a chess match to settle our conflict over the southern lands.”

Gregor nodded, “That would be to your advantage, though that is exactly why he would never agree to such a game.”

“Well, thank you for playing, Gregor. I’m afraid we won’t have time for such pleasantries after tonight. The spies are reporting that Malidy’s troops are on the move. I have already ordered our forces to prepare. By tomorrow, we will be at war.”

“What if there was a way to make this war more like a chess match?”

The king stared at his confidant. “What do you mean?”

“In my recent studies, I have looked for spells that could be to our advantage in battle. I have come up with some that can shield our soldiers and a few that increase the damage done by our arrows, but I have also developed one that is much more powerful.”

Gregor rubbed his hands together. “Now, I can’t guarantee it will work. It’s very complicated and has never been attempted before. However, if all goes as it should, the spell can bind the combatants to a specific set of rules. They will be compelled to obey without even knowing that they are controlled by the magic.”

“I don’t think I understand,” said Allius. “You mean your spell could force both armies to follow the rules of chess.”

“That is how I believe the spell will work. Obviously, there are limits. The land between here and Malidy’s kingdom will not transform into a checkered board or anything like that, but the maneuvers and strategies employed will align with the game.”

A smile formed on the king’s lips. “I know I could best Malidy in a battle based on chess. I like the idea. Make it happen. I can get you anything you will need.”

“I anticipated your decision. I have almost everything ready,” replied Gregor. “I only need two more things.” He reached for the chess board and grabbed the two kings.

King Allius sat on his throne in the palace’s great hall. He was clad from head to toe in black armor. His wife, the queen, sat to his right. The two highest ranking religious figures in the kingdom were also present, one standing on either side of the royal couple.

“Shall I order the troops to advance?” asked Sir Barimor as he struggled to control his stead.  He was an experienced and loyal lieutenant. He had not even questioned Allius’s order to bring his horse into the hall.

“No,” answered Allius, “Malidy gets to make the first move.”

On the battlefield, eight battalions formed a formidable line of defense. Each soldier carried a spear and black shield. The commander of the fourth division stood behind his men. A young soldier holding a black flag on a long pole was positioned next to him.

“I see something,” said the flag bearer. “Straight ahead. There’s a group of enemy soldiers moving toward us.”

“I see them,” said the commander. “Everyone, get ready. Let’s see what they are up to.”

They watched as Malidy’s forces advanced until they got to a spot about half way across the open field. Suddenly, they stopped. They just stood there, their white shields glistening in the sun.

The troops lifted their spears and shields and began marching toward the enemy. Some of the younger, less experienced soldiers shook with fear.

When the battalion was directly in front of the opposing soldiers the commander shouted, “Halt.”

“Why are we stopping?” asked a soldier.

“It would be foolish to attack them head on like this,” replied the commander. “We will just wait here and block their path until other battalions can get into position to flank them.”

The two groups of soldiers simply stood there, staring at each other.

The battle waged for hours. Allius remained in the great hall though he had sent his knights out early in the battle.

“Where did the queen go?” asked one of the religious leaders.

“Don’t worry about her,” replied Allius. “She can go wherever she wants.”

“I have an important mission for you,” continued the king. “I know how the church operates. You are always working the angles. I need you to go and find Malidy’s queen. Maybe you can get her to see the futility of their efforts. See if you can convince her to try and talk Malidy into conceding. If that fails, you have my permission to capture her.”

“Yes, your highness,” said the bishop as he took off toward the far corner of the hall.

Allius found himself alone. He looked out the window to his right and watched one of the kingdom’s battle towers roll forward toward a white brigade. He smiled. The tower was going to make quick work of that particular enemy. He wished that he had had the foresight and time needed to equip the battle towers with some sort of steering mechanism. The powerful weapons could only move back and forth or, with great effort, be turned ninety degrees.

For a moment he wondered what it would be like if he could just switch places with one of the battle towers. It would be exhilarating to be in the heart of the battle, but Allius knew better. He was too important. If he were to fall, the war would be lost.

The third day of the battle found Allius looking out the front door of the great hall.  Very few of his or Malidy’s troops were still in action. He hadn’t seen or heard anything from his queen since the first day. His side appeared to be winning, but it was going to be a costly victory.

A sound from outside caught his attention. He took a single step back.

To his dismay, a knight dressed in immaculate white armor came around the corner. Allius stepped to his right. The knight rode its steed to a position behind and to the left of him.

“I can kill you from here,” said the knight, raising his spear. “What are you going to do now?”

Before Allius could move, a high-pitched scream came from the doorway. He looked on in shock as his queen charged into the hall and knocked the white knight from his horse. The unexpecting soldier fell to the ground, unconscious.

“Darling, you saved me,” cried Allius as he took a step toward her.

He was about to embrace her when another woman’s yell interrupted him. He looked on in horror as Malidy’s wife raced into the room and knocked his wife over the head with a wooden club. The black queen’s body landed next to the fallen white knight.

Filled with anger, Allius moved to the white queen and struck her with his scepter. A third body was added to the growing collection on the hall’s checkered floor.

The king bent over to check on his wife but a voice from the doorway halted his movement.

“It seems it all comes down to you and me,” said Malidy as he drew his sword.

Allius pulled out his weapon and moved to his right.

The black king gestured toward Malidy’s large broadsword. “I’m not going to let you get close enough to use that,” he said. Another backward step provided an additional buffer.

The white king continued to advance. “Give me time,” he laughed, “I will work you into a corner and then victory will be mine.”

The black and white queens sat on the palace lawn sipping iced tea.

“I can’t believe they didn’t try to help us,” said the white queen.

“Help us? They didn’t even notice us waking up,” scoffed Allius’s wife.

“How long do you think they are going to keep chasing each other around that room?” asked Malidy’s bride.

“Long enough,” came the answer from a pair of robed gentlemen. They walked with their arms around each other and smiled at the two women.

“We’ve already drawn up a fair treaty. The land in question will be divided between both kingdoms,” said Gregor.

“When they get too tired to play anymore, we’ll give them an ultimatum. Either they declare a stalemate and agree to the treaty or both kingdoms will replace them,” added Seefus, the mage from Malidy’s kingdom.

“Yes,” added Gregor. “The population of both lands would be more than happy to form democracies.”

“It will be nice to put an end to the constant wars and fighting,” said Allius’s queen. “Plus, I am really sick of wearing black all the time. Thank you, Gregor and Seefus. Your spells worked to perfection.”

“And it was very smart of you to add a rule preventing the combatants from killing each other,” added the white queen.

The two mages shrugged in unison. “All the credit goes to you ladies. After all, the entire spell and chess plan was your idea.”