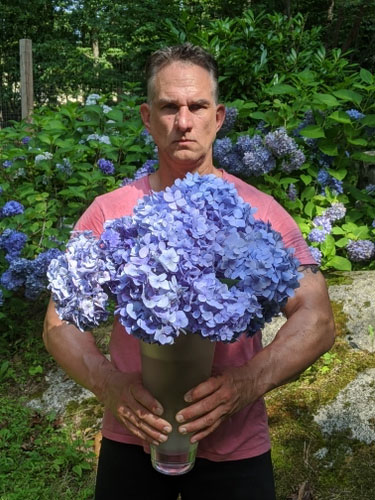 A Brief Note on Carnations

I say this as I stare at the melamine-wrapped bouquet slumbering on top of the pile of garbage in the trashcan outside the bar. The reflecting moonlight bathes the flowers in a gaudy opalescent hue further adding to the artificiality of the bouquet.

Because carnations aren’t real flowers. They are the daydreams of hopeless romantics and manufactured in a secret lab and mass distributed to supermarkets and bodegas.

At some point or another in my life, I have seen every flower that my florist displays, thriving in the wild or its respective native habitat. Lilies formed an intoxicating blanket as honeymoon lovemaking among hidden trails on the big island of Hawaii occurred with reckless abandon.

A patchwork quilt of tulips danced and bowed under the gentle breeze of Dutch windmills as I sat mesmerized high on hashish.

Rivulets of blood have flown freely from hastily plucked roses from a neighbor’s garden in a last minute attempt to appear as an old-souled romantic on countless first dates that never went anywhere.

But I have never seen carnations.

In grade school art classes, we were taught how to make carnations out of intricately folded tissues; our childhood foray into floral origami. We were encouraged to give them to our “significant others” in full view of the class on Valentine’s Day. There was no escaping the humiliation; you couldn’t hide from an unrequited flower delivery.

As a kid, I collected daisies, black-eyed Susans and daffodils by the fistful in the meadows that would be plowed under and turned into condominiums that we could never afford. My mother was so eager to receive the ragged bouquet I created she dropped her lit Virginia Slim into the thick rust-colored shag carpet nearly burning our two-bedroom efficiency to the ground.

As an adult, I grew hydrangeas in my back yard. I became a mad alchemist and tinkered with soil acidity to change the showy mopheads from a psychedelic Jimi Hendrix purple, to a cotton candy pink whenever the mood suited me.

Like Frankenstein’s monster I became an expert at reanimating hyacinth bulbs after an extended slumber in my freezer. I sniffed their exorbitant fragrance until I grew nauseated.

Every summer I measured my son’s growth as he stood next to the sunflowers that grew in the garden. They dwarfed him initially; benevolent giant yellow cyclops that cast a weary-eye upon his wayward toddling steps.

But I never saw carnations.

I pulled the bouquet from the garbage and turned it over in the moonlight. Even the reflected shadows seemed exaggerated and untrue. The blood red and bone white of the flowers flashed a malevolence reserved for a car wreck, which seemed fitting.

You can’t apologize with fake flowers; it means the apology was as insincere and artificial as the flowers themselves. Whatever the trespass was, it would be repeated.

You can’t say I love you with artificial flowers. Like the flowers themselves, the love isn’t real either. Showy and boastful in an instance, manufactured on the spot with some end game in mind. Maybe meaningless sex so quick, the relationship would be over before the flowers began to wilt.

Whoever received the flowers understood the true nature of carnations. They don’t exist in nature and therefore, they didn’t deserve a presence in their life.

They found their rightful home with the rest of the castaway detritus.