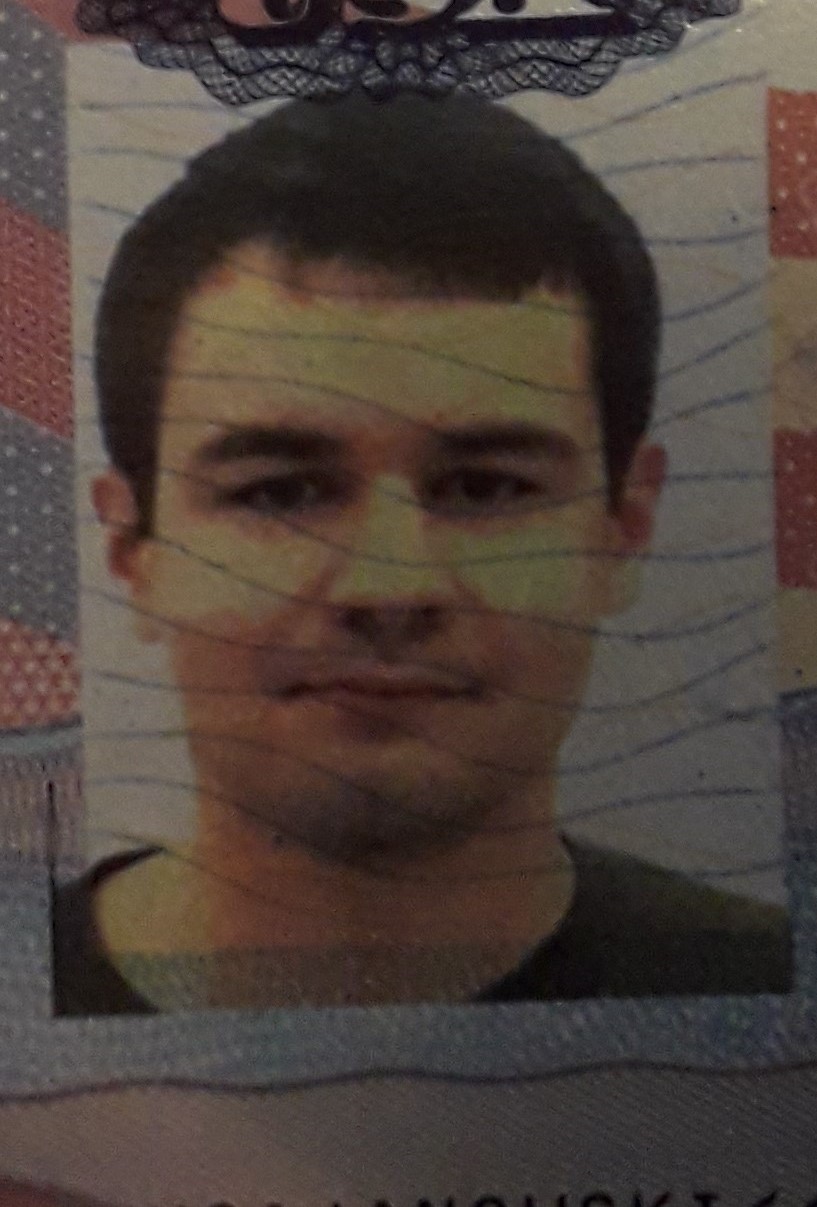 Dave groaned, dropping his game boy to the grungy floor of the car. He was tired from the end of his first day at his new school, and now his sister wanted him to bother around with a musty garage sale? He reached for the passenger-side door and stumbled out into the bright sunlight.

“David! Stop pretending to be woozy!”

He really wanted to tell her to shut up, but he also didn’t want her to get angrier. The last time she had gotten really angry she had filled his backpack with wet loaves of bread.

“I’m coming! God!” He blinked a few times. It was a pretty pathetic sale. Mostly knick-knacks and defunct electronics.

His sister stood by a tall pile of musty books, hands at her side, brow slightly lowered.

“Your eyes wouldn’t need to adjust to the light all the time if you didn’t spend so much time in the basement!” She picked up a book and dropped it with a THUMP onto an expensive-looking table. A great cloud of green dust exploded out.  “Look at this book!”

Dave was coughing and swiping the dust from his face, so it took him a moment.

“So what? What’s the matter with it?”

“It’s the book Mom wanted! Her birthday’s coming up!”

Dave’s eyes widened. His sister was right. It was only two days until he went back to his mother’s home for the week, during which it would be her birthday. He hadn’t bought anything.

“I knew it. You didn’t buy her anything. You’re older now. You have to start buying her things. And you can give her that book.”

It was titled Dream. It was the latest book in a romantic fantasy series that had first stormed the world five years ago. Dave had tried reading the original book, Haze, but he had hated it. Whenever the adventure began it was quickly swamped by over-dramatic romance. Yuck!

“Um, thanks sis.” As Dave took the book, another cloud of dust rose and made him cough. He waved away the dust and went to pay old Ms. Hedge.

“Young man, you’re all dirty.” She pointed a crooked finger at him. “Were my books too dusty?” She started laughing, clearing the piled dust from her little table.

Dave walked back towards the car. His shirt began to gray with the waterfall of dust that was falling off from between the pages of the book. His sister didn’t seem to notice.

“Don’t look so worried. Ms. Hedge is just going senile. It’s natural.” She and Dave got inside. Dave couldn’t tell if she was patronizing him or not.

Once they were home Dave took Dream, scissors, tape, a pile of wrapping paper, and a vacuum cleaner upstairs. He had no choice. He was going to have to vacuum the book. He dragged the vacuum to the bathroom upstairs, placed the book in the dry shower, and then opened to the approximate center of the book to scourge out the source of the dust.

There was a line of shadow growing in the middle crease of the book, growing blacker and blacker like the bolding of a line. Suddenly two wings stuck out from the line, stretching. They flapped a fresh cloud of dust off themselves, and

A large black bat popped out.

The bat shook the dust out of its wings and coughed. Its fur was dark as night with the subtlest possible hint of green. It snapped its wings out and Dave fell backwards in surprise, landing with a crash on top of the vacuum cleaner.

The bat coughed several times, spitting out green dust, and then spoke.

The vacuum cleaner rolled out from under Dave’s back and into the wall, shaking the mirror and cabinet above.

“Quiet!” Dave’s father bellowed from below.  “I’m trying to watch THE GAME!”

Dave scrambled around for the vacuum cleaner in a panic.

“Calm down kid! I’m here to help ya.” The bat perched on the edge of the tub. Dave stopped struggling with the vacuum.

“I’ve been trapped in that book for seventy years and now I’m going to repay you for saving me.” The bat bowed. “My name is Pobawa. You can call me Bawa for short.” He added flashily.

“You’re… Wait what? TWO wishes? Aren’t I supposed to get three?” Dave stood up and shook the dust out of his hair. He was losing his sanity at a special rate that allowed him to still comprehend what was happening. Pobawa sighed.

“Running low? What does that even mean? Running low on magic?”

“You are so full of crap,” Dave picked Dream up, “Why the hell did you come out of a copy of this romantic crap?”

“Why did you buy it?” Pobawa shrugged. “I took an enticing form in the hope that someone would buy my book and let me out.”

As Pobawa spoke the cover of Dream faded away, being replaced by the title Rocks: What They Are and Where To Find Them.

“Nobody would read THAT,” Pobawa sighed, “I had to struggle just to use the simplest magic and change the cover-“

“Wait, so you’re going to grant me two wishes?” Dave crossed his arms.

“Well, you know what, you’re such a great chap, I’m going to go ahead and give you three.”

“Fame? Fortune?” Pobawa started jumping up and down, shaking his wings encouragingly.

“You’re going to try to screw me over! You always grant wishes the wrong way and try to trick people into horrible situations!”

“Then what are you?”

“Well, whatever, maybe I am a genie. So what? The whole wish-granting-mess-up-stuff is a stereotype. In fact, it’s almost racist.”

“Here: I have a wish. I’m going to make it very exact so that you don’t mess me up.” Dave cleared his throat. “I wish to have one billion dollars, all of which will be stored in a special way so that no one will discover it—except for me—and that absolutely nothing will go wrong with it.”

“Wow. Okay, that’s… let me count… that’s three wishes,” Pobawa began to count on his claws. “One: Get a billion dollars. Two: Store it in a special way, and Three: Nothing will go wrong with it.”

“No! That was all one wish! If it was all in one sentence-

“Sorry friend, no. You can spend all your wishes that way if you’d like…“

“That’s not my wish! My first wish is that no matter what happens after this moment, I will always be happy.”

Pobawa frowned. It was true, he was trying to screw the kid over. In fact, it was his job. Pobawa was a demon— one of the most failure-ridden demons of all time. Tired of granting broken wishes for four hundred years, he attempted to take over a small English town in the late 1920s. He failed spectacularly and was sealed away by a monk in the most boring book imaginable. The book had been thrown away numerous times but had resurfaced over and over again because of sheer, unapologetic magic.

The kid’s wish had been too smart. Already a smile was trying to creep its way across Dave’s face, but he was managing to barely contain it. This little smirk irritated Pobawa more than if the kid would just smile outright.

“Now for your second wish. Would you like… power?” This was an easy one. Pobawa had heard about other demons using the wish to possess their subject.

“Power… ha… No, I’d probably explode or something.”

“Trust me, kid, you would not explode.”

“Well, you know, I’d still like to have money.”

Pobawa began to think furiously. How could he screw the kid over with money?

“I wish for a credit card with infinite money.”

Oh, wait. This was really easy.

“Granted.” Pobawa snapped his claws like it would actually affect anything. A platinum credit card dropped out of the air and landed in some of the piled up dust. Dave picked it up and rushed out of the room.

Pobawa, now freed from the book, was bound to Dave until the three wishes were used up, and so he was forced to follow after.

The infinite credit card he tried to use required a password.

“Is that a wish?”
“Screw you. I should have seen this coming” Dave snapped. He was happy, but he still felt angry. It seemed that even his happiness wish had a loophole: multiple emotions. He pocketed the credit card. He needed to decide if it was worth spending his last wish on.

“Kid, you might as well use it. I was only going to give you two wishes at first.”

Dave pecked at the ATM’s buttons, trying a bunch of random numbers before giving up. He walked a block of the city before Pobawa spoke again.

“You were right about me trying to screw you over.”

Nothing. Was the kid thinking about his last wish or was he legitimately angry? The silence was making Pobawa uncomfortable; usually people screamed at him. Finally Dave spoke.

“I wish to have all my wishes reset in one minute.”

Pobawa almost refuted Dave but then stopped. Resetting wishes wasn’t the same thing as wishing for new ones, was it? Not exactly… Could it possibly work? What did this mean for wishing?

“Well…I don’t think it’ll work, but… I’ll try it.” Pobawa muttered. Dave sat on a bench and waited. Pobaw a prayed to the devil that it wouldn’t work. If this kid just kept trying wishes and then resetting them— would it last forever?

“Son of Beelzebub,” Pobawa cursed. It had worked— he could feel that the wishes had reset. “Why did I let him have three wishes?”

Dave emptied his pockets. The credit card was gone.

“How is this even going to benefit you, kid?” Pobawa flew along droopily, veering out of the way of streetlights at the last possible moments.

“Don’t talk to me unless you have a wish.” Pobawa muttered grumpily. Dave shrugged.

When he got home his sister loudly demanded that he clean the immense pile of dust that was in the bathroom. Dave wished for dust-teleportation powers and then warped all 500,000 bits of dust out into the middle of a nearby lake. He enjoyed a small dinner with his sister and the sound of his father screaming at the TV. Then he went to bed, ignoring the sounds of Pobawa, perched upside down from the ceiling, swearing in his sleep.