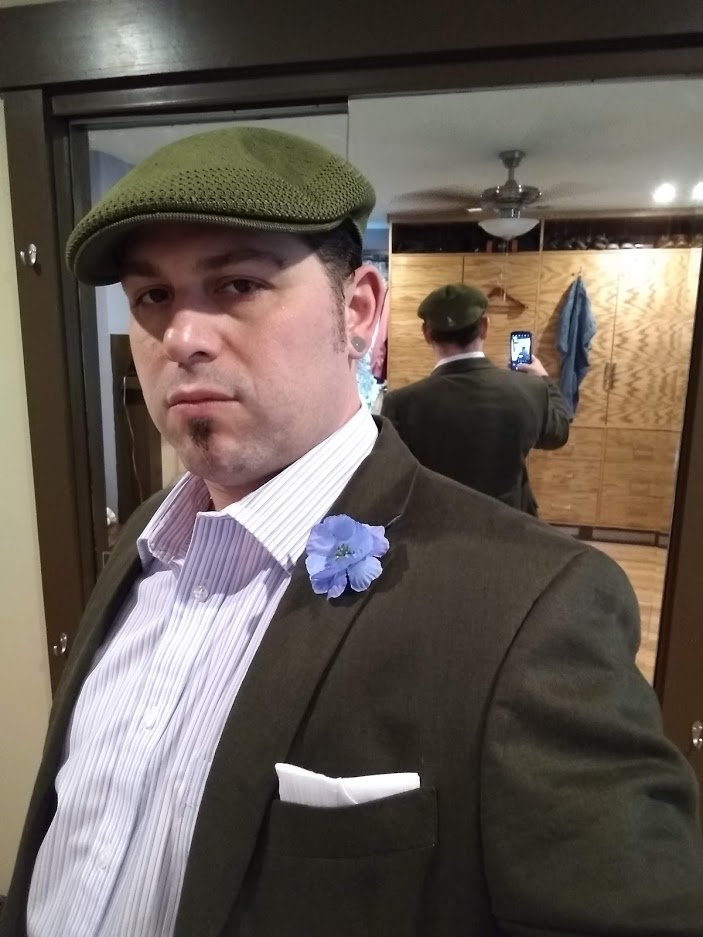 Anita Perkins tucked the mail under her arm as she fumbled her way into the house. Her purse in one hand, her keys in the other, a plastic bag hung from her wrist filled with groceries. She was still adapting to the single life after twelve years of marriage. Her husband used to stop at the store and pick up the everyday essentials on his way home. When Anita returned home every night, the front door unlocked, the lights on, and the house filled with a welcoming glow of life.

Now Anita dumped her bags on the entry bench and fondled the wall for the light switch. A chill October day, the sun, now set, barely made an appearance all day. The house felt unnaturally cold.

Anita turned lights on along the way to the kitchen. She pulled the cord to the living room lamp and saw the puzzle. Five hundred jigsaw pieces scattered across an old card table that sat in the same place for over a year, ever since James left. He loved puzzles.

There was a shelf in the basement full of old jigsaws abandoned by her husband. James spent hours at them, searching for the right piece. Anita always saw it as busy work. Even the thousand piece "White Out" that took him six months to complete didn't seem that impressive to Anita. "Eventually a trained monkey could figure out where the pieces go," she said. James shook his head at that, never taking his eyes from the table scattered with oddly cut shapes.

She tortured herself with that puzzle day after day. The first thing she saw in the morning as she came downstairs for coffee. When she watched television, her eyes wandered over to the puzzle during commercials. At meals, her kitchen chair faced the card table as though the puzzle was her dining companion.

She didn’t feel much like eating. A long day now requiring a hot bath and a good night's rest. She slipped her shoes under the bed into the comfortable spot they sat every night, between the wall and shoe-box of her ex-husband's love letters. She never knew why he left. He never cheated on her. She never cheated on him. James was the most faithful of husbands. That, however, did not stop him from disappearing one day last June. His clothes gone from the closet, his bowling trophy too. Cops ruled him a run away, said it happens all the time.

She lay in bed. A branch, stripped of its dead leaves, screeched along her bedroom window. She glanced at the clock. The giant glowing red letters read 1:15. Another annoying drag of the branch at the window. She tossed off the covers and planted her feet on the cold floor.

Downstairs in the kitchen she made herself a glass of chocolate milk. Her father used to give her chocolate milk that always helped her to sleep. She sipped the milk, wiping a brown mustache from her lips and stared at the puzzle pieces while she drank.

"Why not?" she said to the night air and sat at the table. She worked the edges first, a trick she picked up from James. She had it together quickly and filled in the center. As she worked and exposed more of the picture, she noticed how familiar it all seemed.

By three o'clock enough of the puzzle was completed for her to recognize the picture. Her bedroom. Not her bedroom last night or last June when James would have still been around to take the photo. No, the image was from tonight, as she left the room before coming down the steps. She could see the shoes she wore today, still tucked neatly under the bed, the blankets in a jumbled heap where she threw them. The glass of water she put on her night stand.

She worked with demonic speed, needing to see the full picture. As she pushed piece after piece into place, she saw something in the puzzle that she did not notice in reality. A shadow at the window scratched by the wind-swept branch. She searched for the pieces to complete the window. She worked like a machine now, picking up a piece and instantly finding the correct spot. She popped the last piece into place. She could see the whole picture now. What she thought a shadow in the window instead revealed her husband's face.

She ran upstairs, the stripped-down tree branch still singing its screeching serenade. Anita pulled aside the curtain. She jumped, expecting to see her husband's face as in the puzzle.

Only the night and the naked tree branch. She let out a sigh and shook the foolish thoughts of ghosts from her head.

She turned to look at the clock. As she did, a dark figure seized her. She tried to scream, but only a mouse sized squeal escaped her closed trachea. She stared into eyes so familiar, eyes she once fell in love with, but the face dark and expressionless. She collapsed in his arms.

When her boss asked police to investigate why she hadn't been to work in three days, the first place they searched was her house. There they found her clothes removed from the closets, her shoes gone from their little hiding place under the bed, her shoe-box of antique love letters absent. Just another runaway to add to the list, after all, this sort of thing happens all the time.