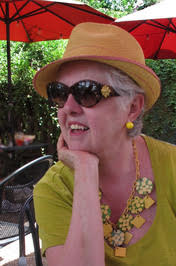 My Letter to Martha

Ever get tossed off a NYC Second Avenue M15 bus in an icy sleet storm? Little did I know what was in my immediate future as I waited at 72nd Street for the next M15 bus and the next and the next. No room in the inn. Gawking up at the people crammed in the aisles behind the frosted bus windows, I groaned in envy. Packed, of course but it looked so warm. A bus slowed to a stop. The driver let on two people. They ended up squished, nose to nose. More envy.  Crammed bus after crammed bus passed by, not stopping. My silly little umbrella had given up. I clung to it and raised its broken parts over my head like a defeated flag.  Look, a bus! It’s skidding to a stop. The pavements were ice rings. I crawled to the bus’s door. It flapped open.

The driver barked, “Get in or get out of the way.”  My boots weighed a ton thanks to all the icy water that had accumulated in them. I lumbered onto the bus and fell into the one vacant seat. I was rescued. I planned to get off at 14th Street and hide in the shelter of the Eye and Ear Hospital. Wet, yes, but unbowed.  I dared to take off one boot after another and slyly empty them. I know. I was a thoughtless slob. I was also a freezing thoughtless slob. As we struggled along, the ice pinged against the windows you couldn’t see out of. The ice and sleet fell like blankets around the bus. I checked my watch. Only 6 p.m. but it was as dark as midnight.  Yes, my hands and feet were freezing but my Vermont Country Store insulated jacket was only damp. How did I manage to get the fleece-lined hood inside out?  Maybe an occasional whisper but most people, standing, sitting or squatting were silent. Snug in our bus boat, we rocked along Second Avenue. Through the iced windows we saw dim lights from the surrounding cars, trucks, jeeps. We were safest because our bus was biggest, right?

That’s when the bus driver made the announcement, “Everyone out of the bus. I can’t drive any further and I can’t pull over to the curb.” Complete silence blanketed the bus as its interior lights dimmed. Was I trapped in a B movie? The bus ground to a stop.

Martha, my life morphed into “I Love Lucy.” Half tears, half laughter.  I tried to call you but couldn’t find the phone.

“I’ll stand in front of the traffic so you can get to the curb.” That’s what the brave man said and that’s what he did.

We stood. Aside from a parent shushing a child, there was no sound except the uniform icy crunch of the car traffic moving alongside us. I was alone. I envisioned crawling to the curb but first I’d tried to walk. One foot after another. My boots had no traction so I put my full weight into each step.

Glad for once I wasn’t skinny!

Slowly, slowly stepping out of the bus and past the wretched bus driver. I stopped before raising my right foot to step on the curb.

Why hadn’t I worn mittens? Where was I? The street signs were covered in ice. I knew enough to head south. I stepped very gingerly onto the pavement. All ice. Slowly with baby steps I headed toward a fence and clung to it. Since I couldn’t take it with me I regretfully let go. Still standing! I shuffled to the end of the block, all the time reciting half-forgotten prayers. The cars were moving slowly in unison. A traffic cop was signaling when the cars had to stop because the traffic lights flashed on and off. She signaled to me to get a move on so I placed one boot in front of the other and got across to the next block. I ducked, well, actually crept, into the Murray Tower’s lobby. No chairs, no meltingly sweet receptionist. The guy behind the imposing desk raised his eyebrows one at a time. “Sorry, lady, you have to leave.”

Five blocks and two hours later, I came to 56th Street. Tucked in a dark corner was a taxi. Had I died and gone to heaven? If only. I limped to the corner. A very young driver was sitting in the driver’s seat and checking his phone.

“Forty bucks if you take me to 14th Street and Avenue A.” I gave him my home address.

“Something’s funny with the motor,” said the young but not innocent guy.

“Will fifty bucks fix it?” I countered.

He jumped out of the driver’s seat and raced around to the front of the car and threw open the hood. Was he nuts? Probably.

He left his door open so I reached in and unlocked the back door and crawled into the back seat. I watched him in the sleet with his nose in the motor. I figured when he said it wouldn’t go I’d say I wouldn’t either.

He navigated 42 blocks south and two blocks east.  We passed young children clutching their young father’s trench coat. So this is being a parent was the look on his face; moms drove baby carriages through sleet and snow.

We arrived at my door. I greased the fine fellow’s palm. Walked slowly, slowly to my apartment building door, pushed it open and felt the warmth and dryness. I took the elevator to my twelfth-floor apartment. Unlocked the door, ripped off my sodden rags, yanked off my boots and went into the tiny bathroom.

Welcome home surprise. The toilet had overflowed. With the help of a few glasses of wine and a dozen curse words, I cleaned up the mess. Stumbling a bit, it’s true, but managed to catch my hand on a sharp-edged desk corner before falling.

Peace at last. The threatening sleet beating against my windows had a lovely comforting sound. How different from when I was trudging through it. Since there was a draft from the other room I shut my bedroom door. I didn’t shower since I’d been doing that for the last four hours. I put on my toastiest pjs and snuggled into my queen-size bed with the soft, clean sheets, perfect pillows and warm, light blanket. At about 2 a.m. I had the call of nature. Elastic exercise bands about four feet long in red, yellow and green graced my bedroom’s doorknob. Occasionally I’d take the plunge and use them - once, twice a year? Was it because of the draft? Who knew why the exercise bands had wrapped themselves around the door making it impossible to open. I tugged at them. Then yanked at them. Then swore at them. Could I call my next-door neighbor who had a set of my house keys? At 2:15 a. m. I didn’t think so. She couldn’t get in anyway because I’d put on the chain lock.

Oh, Martha, what a night!