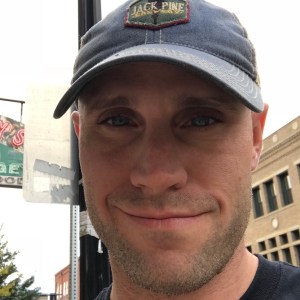 Cassandra was pinned to a hard table like a butterfly to a cork board. Arms wide open. Legs stretched apart. A white gown stopped at her armpits and knees. The room, so white it had no corners or visible walls, was cold.

Like a drop of merlot on a cotton tablecloth, a brilliant red orb floated towards her from her right. She snapped her eyes so hard in that direction, she couldn’t move arms, legs, or even her head, she realized, she hardly noticed the red orb encroaching on her left.

“What do you want?” the orb on the right asked in a dull voice. What an out-of-place question, asked of a woman held powerless and immobile in an odd and unwelcoming place. And as for the orb, Cassandra had never seen anything like it speak before. Did the thing have characteristics? A personality? An attitude? If that were possible on such a smooth and featureless red ball, Cassandra thought it did. A motherly, patient demeanor.

"Irrelevant,” the orb on her left said. “Answer the question.”

“What do you want?” Right Orb repeated, as inviting as a Globo-Mart advertisement.

So that was the hidden game. This was an interrogation under the guise of polite words then. There had to be government enforcers hiding under those strange floating red orbs. That realization turned this strange and curious tableau into something real and scary and dangerous. They didn't know what she knew, but they knew she knew it. And that turned this stage play into something as lethal as a snake bite.

“If I could give you anything in the whole world,” Right Orb said, gentle and reassuring, “what would you take?”

“Give an answer,” Left Orb said. “Only an answer will suffice.”

An answer. Any answer, she thought. It didn't matter what. One piece of information. The more trivial the better. Anything to keep them away from the secret work she did with the Sisterhood of Lud.

Because they'd found her out, hadn't they? That was the only explanation for this. They already found out her secret, or else they wouldn't have bothered asking. They knew, or at least they suspected, about the work she'd done to corrupt the government's techno-mental espionage waged against the citizenry.

Or was she just caught up in a wider, unaimed, dragnet? She couldn’t show her hand, especially while the Orbs held theirs so close.

“What do you desire?” said Right Orb. Its tone suggested all she had to do was say the word and it could be hers.

Freedom. Privacy. To be alone inside our own minds. To satisfy my will just to disagree. All these things she suppressed.

“And what else?” Left Orb kept on.

But the thing on the left, was it an orb anymore? It had refined itself from that smooth, round geometric shape into something hedging on human, which only made it more monstrous.

“Who do you like?” Right Orb mewed, and as it did, it shifted from its orb form into something near-human, like a nude department store mannequin. Neither male nor female. Neither happy nor sad. Neither welcoming nor repulsive.

“Who do you find attractive?” Right Orb said, its mouth pantomiming speech as its body shifted from tall to short, from wide to skeletal, from muscular to soft and motherly.

“Tell us what you want,” Left Orb snarled.

Right Orb, no longer an orb anymore but a humanoid wad of clay, morphed electric-fast into Melissa. The woman was naked, exposed, but still bold and fierce. She was feminine, but every ounce of her was a fighter as evident by the scar that ran up from her soft right breast to just under her chin like river rapids cutting through a jungle. And Cassandra only found her more and more alluring that way. Only, it wasn’t Melissa. It was that thing with the silk tongue and the sphere-smooth features made up to look like her lover and compatriot. She couldn’t let them know about the Sisterhood of Lud. Couldn’t let them know about her and Melissa.

An electric flash, and she steered Right Orb into what she knew she was supposed to desire. Into someone safe and expected and harmless. Someone as far away from the Sisterhood as she could conjure. The amorphous interrogator became Oliver. Still nude, but inert now in its new form. Her husband smiled down to her pinned on the table. Oliver. He’d smile till the end, never knowing if a frown would have turned his fate. Fucking Oliver.

Melissa flashed back like a lone strobe in a dark room. Her steeled jaw. Her determined gaze. Her fists tight.

No. She couldn't let them see. They were reading her mind. They were baiting her, prodding inside her own mind for that which was most hidden, most important, most subversive.

“I like strawberries,” Cassandra spat out, like no one who had ever uttered that sentence before. As aggressive as the word fuck. As mean as a barking dog.

And Red Orb shifted into a porcelain white table with a plate of strawberry shortcake centered in the middle.

“With powdered sugar?” Red Orb, the table and dessert said.

“Tell us the truth!” Left Orb boomed, its form erupting like a storm cloud.

“Who the hell are you?" Cassandra rumbled.

“I am Number One,” Right Orb said.

“And you are Number Six,” Right Orb, still a dessert table, said.

“Number Six?” Cassandra said. The number meant nothing to her.

“Affirm your answers are true,” Left Orb said. “Are the things you said the truth!?”

“What do you want, Number Six?” Right Orb said. “Tell us your deepest passions. What do you crave? What do you lust for? What, in all the world, can we give you?”

“I want out! I want strawberries! I want peace! I want Oliver!” she screamed into the empty white void.

The two orbs were orbs again. Both round and smooth, mouthless and hovering over her as she laid on the table, spread and pinned and helpless. They seemed to pose no threat to her in these forms. As safe as crib padding.

“Thank you for your participation, Number Six,” Right Orb said.

“I am not a number, you fucking thing. I am a free woman! Let me go!” Cassandra wailed.

“This has been most enlightening, Number six,” Left Orb said. “Thank you.”

Cassandra strumbled as if drunk as she walked into the Globo-Mart shopping center. Thankfully, dutifully, Oliver was there to catch her elbow.

“Mommy?” Lewis said and took her pinkie in his small hand.

Cassandra looked down at the boy, all of seven years old and clearly upset by her sudden and unexplained stumble. Those eyes… She couldn’t help but do her duty and smile back at him. This was her son and she couldn’t tolerate him being anything other than happy.

“Mommy's just fine,” Cassandra said and held her daughter’s hand as well. Lewis and Janey walked with her into the shopping center. One on her left. The other on her right. Oliver laughed and smiled, glad to be rid of that moment of uncertainty.

Cassandra was glad for that too. Glad to comfort her kids. Glad to appease her husband. Glad to have at least temporarily put aside her less-domestic needs to fight and rebel and claw out of the digital prison the cerebral-neutral-electro-network had locked them in. Glad to put aside the plans of the Sisterhood of Lud, and her affair, if just for an afternoon of shopping.

A vibrant advertisement broadcasted into her cyber-neural-electro interface chip. A woman, sharp-jawed and sharper-eyed, held a porcelain-white plate of strawberry shortcake. Red syrup glistened and oozed over the brink of the cake edge. Powdered sugar danced down over the woman's head like snow flurries. The woman holding the plate never smiled, and was that a scar shooting up from the neck of her cotton blouse? Her eyes locked into Cassandra's as tight as a bolt in a safe. Yet the look was somehow welcoming and tantalizing and fulfilled all she could ever ask for.

The caption over the image read, “Globo-Mart: Delivering your every desire, daily.”

“That sounds wonderful, baby,” Oliver said. "Where do you get your ideas?”