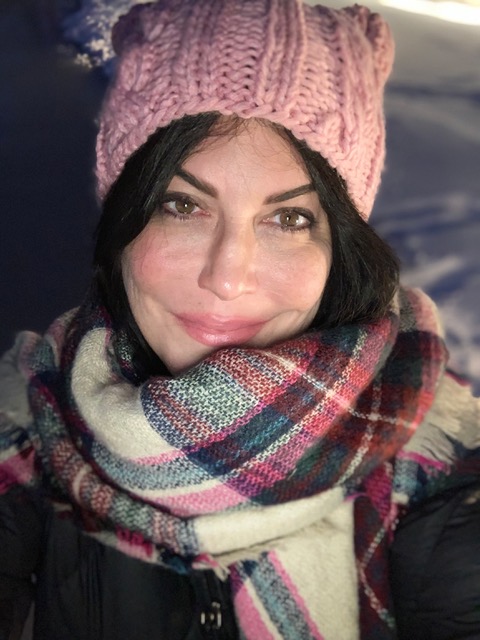 Marissa’s mental alarm clock never failed her. 5:00 a.m. every day she would wake, turn off her actual alarm before it sounded, and check the New York Times, which as of late had only negative liberal warbling about the waning virus and how they expected it to linger indefinitely. It was like they wanted the world to shut down forever because it gave their nouveau-hippie-techster, eat-a-plant-based-diet-no-matter-how-bad-it-tasted, Christian-socialist minds something to rally around. Marissa was an old-school liberal—thoughtful, reasonable, and considerate of other viewpoints. She didn’t dig in her heels when there were questions still to answer. Oh well, times had changed. Now, you had to have a platform. She didn’t.

She wandered to the bathroom for her 5:30 a.m. shower, and shave—fifteen minutes to wash. Fifteen more minutes to make the bed, dress, eat a bowl of Honey Nut Cheerios, feed the cat, grab her lunch from the fridge, and out the door at 6:00 a.m. on the dot. The train would pull in at 6:10 and Marissa would seat herself on car 4354—farthest car from the tourists. At 6:15 they would depart, and at 7:00 she would reach her stop just in time to catch her bus. Another 30 min on the bus, then a few steps through the doors into Leonard Smith Technologies, Inc. where she’d worked for the past 7 years, since graduating from college, with only one missed day, her mother’s funeral. In the afternoon, she basically did her day in reverse, trading Cheerios for a Lean Cuisine, an episode of Gray’s Anatomy, Law & Order, or some Netflix favorite, and bedtime at 9:00.

Weekends were much the same. On occasion, she could lull herself back to sleep after the 5:00 wakeup by lying in bed and rubbing her feet together slowly, but she never slept past 8:00 a.m. in the morning. When she woke, she’d pick up with the shower and feed Louie, the cat, then back to her home office to pay bills and do some work from home. There was always work if she wanted it.

The routine was safe for Marissa. Outside, things changed constantly—weather, landscape, faces, traffic. There was often good, but the weird things like the woman riding the skateboard wearing the donut pool floatie who crashed and burned as the bus passed by, the homeless man in the beanie lying on the sidewalk with his head dangling in the street, the couple furiously screaming at each other as the bus doors opened and closed, the paralyzed man in the wheelchair emptying his catheter bag in the crosswalk, her father walking out when she was 12, and her mother slowly dying from alcoholism after his death were all enough to convince her that her quotidian life was just fine. She didn’t need adventure. She needed normality, and that’s what she got…until Tuesday, April 27.

The other story hidden in more obscure sections of the Times was of the arrival of the comet Atlas. Astrologists were eager for it to return after it having disappeared behind a solar glare. They expected a glorious spectacle as it “dashed across the Corona Borealis.” It also had a “disruptive energy field” that was being closely observed to make sure it didn’t cause unusual events like rolling blackouts or air traffic frequency interference. Another year it would have been a moderately newsworthy story. Considering the circumstances of 2021, many had forgotten to look up into the sky, opting instead to bury their heads in their work, hobbies, television, booze, the options were infinite, but the head was always looking down. Marissa had been following the articles on the comet, an ongoing fascination with science being her nerdy little secret.  She wasn’t planning on observing the celestial phenomenon at all though. Its hours of visibility were in conflict with her schedule. The best time for viewing being April 26 at 10:21 p.m. The hour she called “her birthday,” since she was born on October 21st, but also past her bedtime.

That Monday as she rode home in car 4354, a female voice rose up from two seats in front of her. This was unusual. The after-work crowd was typically quiet. She peeked above the seat and could see a flash of fiery red hair from where the voice drifted.

“I don’t understand her,” said the redhead to her companion. “She’s beautiful and smart, and yet she spends all her time alone inside with her dog. It’s like she’s agoraphobic or something. Now that her work is virtual she literally only leaves her place to walk the dog or get groceries. She could have a real life; fall in love, but no…. It’s pathetic.”

“Not just pathetic, but so lonely,” said the companion.

“I mean what’s she afraid of?”

They weren’t talking about her, but Marissa felt the pain viscerally. She was lonely sometimes—pathetic was going a little too far. She had a job and cared about the planet and her fellow humans. Truth be told, better to be lonely than heartbroken, better a planned life than a dramatic one. If she could be sure the world was a constant source of fun and happiness she’d put herself out there more, but she knew that there was also the abyss. Still, she also felt that maybe others had a grasp on something she had never quite gotten hold of. She felt like screaming or crying but of course did neither.

This is why there should be no talking on the train, she thought to herself.

At 7:05 p.m., Marissa hastily exited car 4354 in the opposite direction from her unexpected tormentors. Around the corner, on her first turn, she saw a sidewalk sign for a space that had recently been leased. “Atlas Coffee now open,” it read. “Our brew is out of this world! See for yourself.”

Strange, she thought, though she wasn’t one to really buy in to serendipity. Did they do that on purpose? Of course they did. They must have been reading about the comet.

She climbed the stairs of the bridge that crossed the river just before her street. She looked out at the calm water, the ducks dipping in and out of the stream, noticed the growing collection of padlocks left for love of one sort or another on the handrails, and would have missed the graffiti handwritten on a support column had her shoelace not caught on a screw that had just slightly disengaged from the wooden planks. Ironically, as she stumbled forward just barely managing to save herself from a full face-sprawl, the words came fully into focus—“look up.”

“F--- off,” she muttered under her breath, mortified that perhaps others had seen her awkward near fall.

That night, as all before, she fed the cat, prepped her lunch, ate her Lean Cuisine, watched her show, brushed her teeth, and turned lights out at 9:00. Unlike nights before, she tossed and turned, watching the clock slip from 9:00 to 9:13 to 9:32 and so on. She kept thinking of her friends saying she was “pathetic”—if she had any close friends. She wondered what would become of Louie if anything happened to her. Who would feed him? She saw herself tripping on the bridge, over and over again. And imprinted in her mind like yellow neon every time she closed her eyes were the words “look up.”

Whether it was the tossing and turning, or Louie’s urgent pawing at the door, at 10:21 Marissa found herself standing on her balcony in her robe staring into the night sky as the comet Atlas soared by to absolutely zero fanfare after which, she slept. And slept.

The next morning, April 27, Marissa awoke at 5:55 a.m. in complete panic. Neither her mental alarm nor her actual alarm had alerted her of the time. She ripped the sheets from the bed as she bolted up, unsure what to do first.  With a mere five minutes to leave if she wanted to catch the train on time, she ran a brush through her hair, a toothbrush over her teeth, threw on the crumpled slacks she had worn the day before, the first dress shirt she encountered, and a pair of shoes.  At 6:07 she sprinted for the train, arriving just as it left the station. She’d had no shower, was not wearing a bra, the bed was in disarray, her lunch sat in the fridge, poor Louie would be starving. As she leaned over with her hands on her knees, panting and trying desperately to breathe, she began to laugh and cry at the same time, big and ugly.

She didn’t hear the girl approach. Only heard her when she said, “Are you ok? I saw you running and miss the train.”

Marissa raised her head to a cute brunette with pixie hair, umber skin, golden eyes, and a perfect mouth.

“You’re usually on car 4354, right? I was concerned when I saw you crying.” The girl wore high-waisted jeans and a half-shirt that had, “bird watching goes both ways” printed on the front. She was a vision of all the things Marissa had not allowed herself to dream.

“How do you know what car I’m usually on?” Marissa asked.

“I see you every day. I get here early to grab coffee and take the 6:30 commute. I’ve always hoped you would look up.”

“What are you doing now? There’s a new coffee shop, around the corner.”