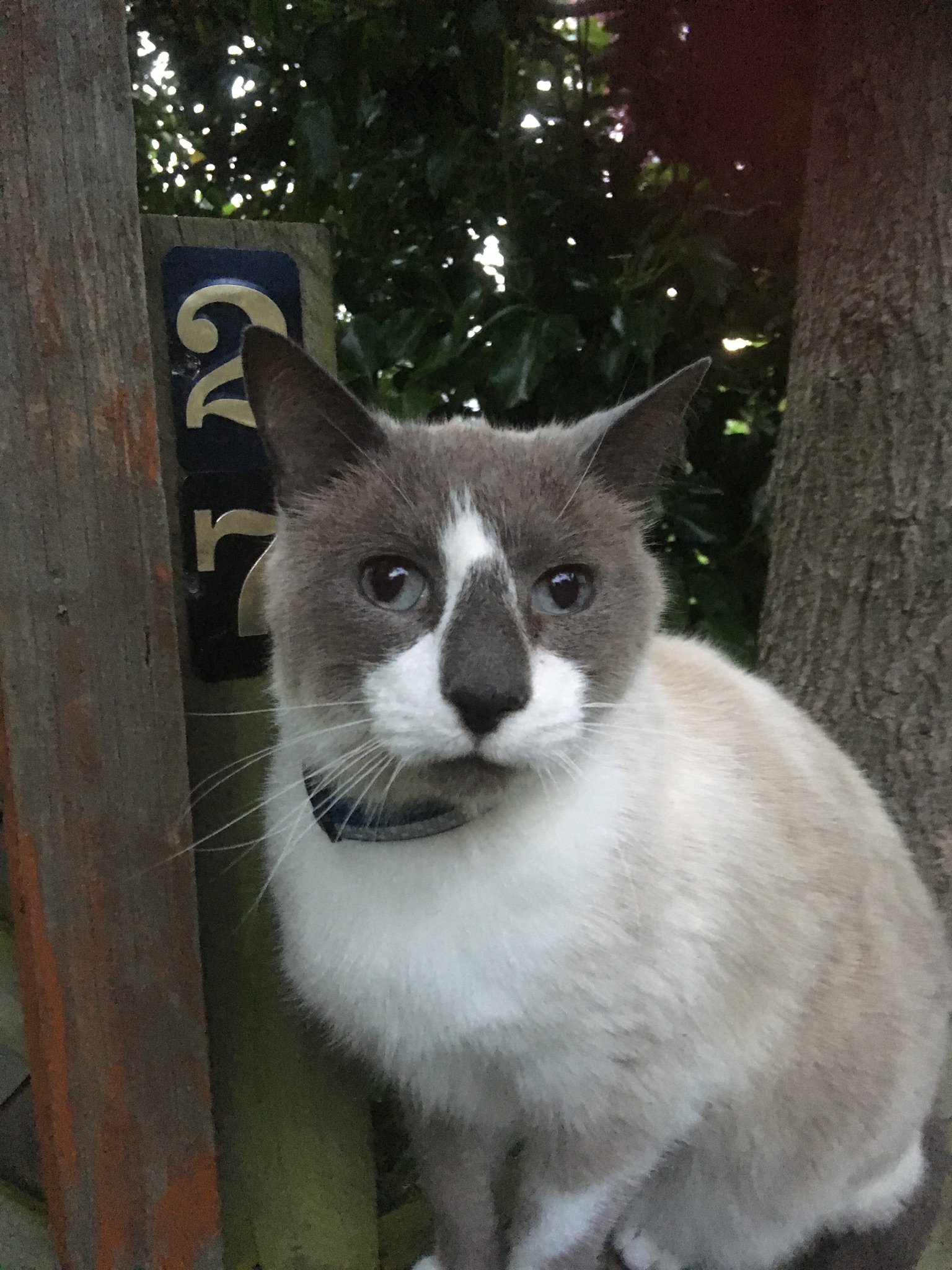 The Mermaid and the Man

Everyone knew Mer-men were gay.

The Main Mer-Mama, the Queen of the Mers, wished for the hundredth time it wasn’t so. It would make life much easier than having to enthrall the sometimes uncouth and unfortunately always human sailors to them.

Still, it was good for genetic variation, and if they didn’t go to such lengths, she never would have had Lorelei.

It was a pity their pet men couldn’t live underwater. They kept trying to teach them, but one after the other they drowned, even her favourite, Lorelei’s gorgeous father. In their choices of mates, Mermaids were only fussy in the looks department. Everything else was of little consequence, for as Mermaids, their race was that of the Mer-People, their creed was that of The Currents, and their colour was always a shade of the sea, from foamy white to inky black and all the colours in between.

Main Mer-Mama had been close to land-dwellers and had seen their strange reactions to differences in each other. She didn’t understand, but felt that some of the younger Mers might well have to learn about the ways and wiles of human beings. The humans were devastating the ocean, and not content with murdering the whales and dolphins, the octopi and sharks, they were detonating the coral reefs, for who knew what ineffable gain? For their mysterious imaginary money? That invisible magic that ruled their world? That thing they would kill and die for?

Poor, poor, Lorelei. Before the accident, she had just come into her own, blooming from a Mer-child to a Mermaid of magnificent beauty. Her verdant hair shone like stars and her voice was truly celestial. It was celestial. Now it was barely a croak.

Mer-Mama arranged her tail as she settled on the warm stone, and looked at her daughter. Her beauty was still breathtaking, but she must never, ever, open her mouth. What would she do? How could she entrap a sailor with her singing when she sounded like a gargling crab? Mama shot her hand into the water to grab a snack and drew out a fish, but with a look of disgust at its size, she threw it back. Maybe she needn’t worry. They would all die of starvation or choke to death on plastic if things carried on the way they were.

The diver was French, he was called Maurice, and he had grown up on the beautiful Island of Mauritius. He was in love with his ocean, and the beautiful coral reef that had been there all his life. As he grew up his father taught him to free-dive down to the beautiful underwater forest.

Coral was extraordinary in its multi-coloured beauty, and as the great forests of the surface aerated the atmosphere so the coral aerated the ocean, and gave the world half of its’ oxygen. It was a bedding for shellfish and a hiding place for many marine animals large and small, including of course, those remarkable beings, the Mer-People. Those extraordinary creatures, human and sea-dweller combined, who had forever fascinated surface artists and sailors.

One day the young man, Maurice, found to his horror, his coral, his gorgeous reef, had turned white, as white as a ghost, as white as death.

The Mer-people played in their own coral reef, a jewel in the crown of the ocean, their laughter bubbled in the swaying weeds as they guided their shoals of fish in its expansive shelter. The weird denizens of the deep-deep could sometimes be seen there too, many unknown even to the Mers. The ocean still had so many secrets.

Then, it happened, most of the Mer were no longer in range, but Lorelei, who loved the coral most, had stayed behind. She liked to sing in one of the coral caves. Underwater, she sang with her sonar, and to her delight, was often answered by the whales, singing their own beauteous and haunting songs. But this time, their music had turned to warn, vibrating through the water. Too late, too late for lovely Lorelei.

It was the humans again, they had now used explosives on the Mer-peoples’ beautiful reef, to stun the fish that they were hunting.  Lorelei was thrown through the water, there was a sound, an unbearable sound and she became a swirling mass of long hair, scales and fins, as she and the fish were caught in eddies and whirls.

Mama-Mer had heard the whales warning thrumming through the water, she and the rest of the Mers were far away, but still, they felt the blast. Sudden tears pricked the back of Mer-Mamas’ eyes, what had happened to her Lorelei? She, like the rest of the ocean dwellers, felt completely helpless in the face of this heartless incursion, this one-sided war waged upon their innocence. It was all plunder and greed. And this time, her daughter was in the vicinity of those surface spoilers of the sea. Had they killed her daughter?

The Mer-people swam here and there, they wanted to help, but they needed guidance from their leader, she who was crying salty tears into the grieving ocean. Mama-Mer shook her head sadly and told them to stay where they were safe, and, as the shock waves diminished, she and two of her other daughters went to the ruined reef.

They found her, their Lorelei, she was still, floating, stunned by the blast, colourful fish tangled in her hair. Had they not slowly taken her to the surface, she would have drowned. Like seals, the Mer-People breathe air. As Mama-Mer and her daughters swam slowly to the surface, the Mer-Mama, Queen of the Mers, hated that they shared genes with humans, she fervently wished, for the umpteenth time, that they were completely of the sea.

They broke the surface of the water, they pulled seaweed out of Loreleis’ mouth, they pumped her lungs, and they helped her breathe again.

“Oh my darling,” said her Mer-Mama, “you’re going to be alright.”

There was panic in Loreleis’ eyes, many, many, mermaid tears mingled with the sea salt.

“I cannot hear you,” whispered Lorelei.

They hoped it was temporary deafness, but she never heard properly again. Lorelei would never clearly hear the slap of water against rock, hear a sailors’ cry, or the whales singing.

The most beautiful of all the Mer-maids became the most sad. As time went by, she learned to read her mothers’ lips, and they made up a little language with their hands. Lorelei could use her sonar, and feel the sound waves of others, but not hear them. She finally fell silent in her sadness.

The Mers were lounging on boulders, the Mer Queen glanced around at her tribe, her shoal, her flock, arrayed artfully on the rocks, awaiting the opening of their annual gala. She flicked her tail to moisten her scales and took her daughters’ comb from her hand. Lorelei smiled sadly, and turned just a little so her mother could comb her hair, but that she could still see her mothers’ mouth forming words.

“It will be ok,” her mother whispered. “Everything will be alright.”

Lorelei,  could see the words her mother said, and she wondered if anything could ever be alright again.

So it was, that after a time, a silent Lorelei went away from her family, to seek her quiet fortune in a different part of the sea. She could still talk to them, although imperfectly, using her sonar, so they let her go. She went from reef to reef, looking for a way to heal the hurt that was in her heart, and she was horrified to find a blight upon them. So many were bleached to a deathly white. Lorelei flicked her tail, and darted this way and that, trying to find some small sign of life in the dead and dying coral. She had traveled into the Pacific Ocean, and was investigating a white reef, when she spied a little polyp, a viable baby coral, she smiled and was excited by this tiny element of life.

That was when she saw a strange sight. A man with flippers and bubbles and one strange oblong eye. Her Mama-Mer had told her about divers, but she didn’t think she would ever see one.

He was doing something odd, he seemed to have a bag of polyps and was putting them on the dying coral.

The young Frenchman from Mauritius, had grown up, and been saddened by the state of his coral reef, which had one day, turned to white, as so many well-meaning tourists had come and swum and touched, touching, touching, always touching that which did not belong to them.

He had tried so hard to find a way to reinvigorate his water-forest and had brought a tiny piece of living coral, from a different area. Miraculously it had taken hold, and the man and his father had seen their beloved reef regenerate. They had rejoiced, and from then on called themselves Coral Gardeners. They now wore oxygen tanks so they could stay down longer, and they gardened reefs all around the world. They had grown, burgeoned, blossomed like the coral itself. There were many Coral Gardeners now, and one had dived down to the reef Lorelei was looking at. She watched him, so mesmerized that she forgot to hide. He looked up. He had seen her. A huge mass of bubbles blew out around him showing his surprise, once they had lessened he swam over. She debated with herself what she should do, but she was fascinated with his process, she used her sonar, but she didn’t feel an answer, so she asked in her rudimentary sign, what he was doing. He drew out from his bag some baby coral and a clip, he showed her how he attached the young healthy coral to the dying one, and then, well, he just stared at her. She blushed to the roots of her hair, and with a flick of her tail, she tried to hide behind a small seaweed. The diver carried on his work, but slowly, he stole looks at her in her poor hiding place at every possible moment. When his air tank was nearly empty, he waved her goodbye. She peered around her spindly seaweed and smiled.

After that, every time the boat was moored above the reef, Lorelei made sure that she was there. It got so he would wait for her, and he showed her what to do, then one time he came with a bag especially for her, as well as his own. From then on, time and time again they would meet and smile and work. For the following few months they repaired the reef. Once, their hands met, and that was the moment Lorelei knew she had found her very own sailor, she had had no need to sing.

From that day on they knew they were in love and that they would work together, for as long as ever they could, side by side, the silent mermaid and the man.