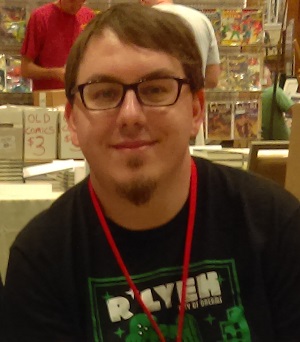 After an hour of hiking to the car and back for the bottles of water I’d forgotten, I returned to the small, moldering cemetery to find my friends missing. The graveyard we were restoring was confined by a square fence of deteriorating wrought iron. Within, the ground was hilly from years of decomposing corpses, which had created depressions in the earth. Tombstones jutted up at odd angles and leaned precariously. Several markers had fallen flat. Knee-high weeds ruled everything, except the center of the plot where a dead, crooked tree sprouted from the earth like a skeletal limb. The entire space wasn’t much larger than a mausoleum.

There was clear evidence that my friends had started working. The broken pieces of the fence had been collected and put in a neat pile. Doug’s manual lawnmower, the best option for attacking the uneven space, leaned against the bleak tree, next to a freshly mowed grave. Our rain jackets, including Stan’s bright orange eyesore, remained where we’d left them outside the lone gap in the fence. Tired of carrying the waters, I set them down next to the jackets. With my hands finally free, I wiped the sweat from my forehead. I realized I’d torn the sleeve of my grey hooded sweatshirt on a passing branch, but my jeans had survived the trek unscathed. Overhead, dark clouds veiled the midday sun.

“Guys?” My voice echoed through the silent forest.

Unsure what else to do, I began circumventing the fence. Doug, Stan, and I had discovered this place a week ago because we’d been going stir crazy. None of us were experienced hikers, but an entrance to the Appalachian Trail lay five miles from our shared apartment in Carlisle, Pennsylvania. Stan had insisted that we get out to see nature. He’d spent some of his youth in the boy scouts, and he always poked fun at Doug and me for being too reliant on the comforts of city living. Thunder echoed in the distance, and I turned to look back down the trail.

The path weaved out of the forest across harvested farmland and into a separate patch of trees. The week before, we’d all been amazed at what we found as we ventured further from our car, which we’d left parked in a dirt lot at the trailhead. We’d crossed two little bridges, spanning creeks that gushed with water from recent storms, spotted several deer, and chatted with a group of athletic sorority girls who’d also decided to spend their day exploring nature. When we discovered this decrepit cemetery, Doug proposed cleaning it to meet our school’s service obligation. Our university required us to spend eight hours a semester helping our community. Doug surmised that the plot had been previously owned by an unknown local family named Chambers, due to the surname’s prevalence on all the least faded stones, some of which dated back to the 1700s. Unfortunately, after we returned to civilization that day, none of us had been able to locate any further information on the property. It was like it had been erased from public record.

I completed my walk around the rusted barrier, but my friends remained missing. They couldn’t have returned to the car without passing me on the trail. Neither of them liked playing practical jokes, and they’d both been jazzed about putting in the time to clean this place up, so I didn’t think they were trying to shirk out of our shared responsibility. Another crash of thunder startled me, and lightning flashed over the farmland beyond the trees.

My friends might’ve gone further down the path, searching for shelter from the approaching storm. Doug, always the smart one in our trio, would’ve spotted the incoming downpour on the horizon. I assumed they’d left their jackets here to inform me that they were still nearby. I stepped onto the trail and heard a gasp for air behind me. I spun back toward the cemetery.

Stan’s blonde-haired head jutted out of the freshly mowed grave near the crooked tree in the center of the burial ground.

The scene was so surreal that I froze in place. I tried to puzzle out what had occurred. I pictured my friends falling into a cavity created by the rotting bodies beneath the soil.

“Joel, help,” Stan wormed his hands out of the dirt on each side of him.

Snapped out of my paralyzing analysis, I ran toward my friend. Stan was only a few feet away. I jumped over the fence. When I landed on the hilly earth, a subtle quake reminded me of how cranberry sauce wobbles when dumped from a can. My shins were submerged in a sea of overgrown vegetation. I went to take a step forward when the ground in front of me snapped open.

A gaping maw stared up at me with the cemetery’s collected skeleton’s contributing their rotting limbs as improvised teeth. A crimson glow shined from the pit’s depths, and warm, rancid air issued forth. The mouth of dirt gnashed the bones together repeatedly, trying to seize my foot, which hovered above the hole. I pushed myself away, and a twisted piece of fence scraped my shoulder.

Stan gestured for me to back up. “It’s not going to let you get close to me.”

Adrenaline pumped into my veins as the earth beneath me trembled again. I hopped back over the fence. Outside the cemetery, the ground was solid and normal. Inside, it continued to writhe like a living thing. Sweat poured off me as my heart jackhammered in my chest. Reality itself had fundamentally changed before my eyes. If I’d been into drugs, I could’ve told myself that I’d only witnessed a horrific hallucination, but I’d avoided anything harder than whiskey to this point in life. Stan screamed, and the imminent danger to my friend forced me back into the moment.

Unwilling to reenter the cemetery, I frantically searched for something that I could use to reach Stan. I identified a long branch that would work, picked it up, and ran to the gap in the fence. While I remained at the edge of the wrought iron partition, I offered the end of the wood to my friend.

Stan had managed to free most of his upper body while I’d been hunting for the means to help him escape further. His white t-shirt was stained brown from his time submerged in dirt. Stan grabbed onto the branch, and I pulled. My friend didn’t seem to move at all.

I pulled harder, and the branch snapped in two. The force of my exertion sent me falling to the ground. Pain surged from where I’d cut my shoulder on the fence, but I scrambled back up.

The earth around Stan fell away and released him. He tried to climb out of the hole. His waist reappeared, covered in grime, then his legs. Just as he was about to get his ankles out, the earth snapped shut.

His feet were gone in a blink, and blood oozed out of his jeans from his remaining ankle stumps. Stan collapsed onto the dirt between two tombstones. I expected him to scream, but he stayed focused on escaping as he crawled toward the gap in the fence, where I waited. He was barely visible as he snaked his way through the grasping weeds.

I leaned in as far as I could without stepping into the hungry graveyard. As I reached for Stan’s hand, I caught sight of the name on the nearest tombstone. It appeared to be freshly carved, and today’s date was chiseled in. I recognized my missing friend’s first name, Doug, combined with the family’s last name, Chambers. The twisted tree in the cemetery’s center loomed overhead, and a menacing smile formed in the ancient bark. Stan’s clammy fingers touched mine. The ground beneath my friend opened again as I grasped his hand.

I yanked him forward, but at the same time, he slid into the opening hole.

To my relief, I managed to pull him out, and we tumbled backward. He landed on me. We weren’t out of the woods yet, but I’d gotten Stan free of the cemetery. I went to gently move Stan from atop me, and I realized with sickening clarity that he didn’t weigh enough.

Something warm flowed over me. Looking down, I confirmed my fear. Stan’s body was missing below his abdomen. Blood soaked into my clothes as his intestines sloughed out of his body between my legs. I stared into Stan’s lifeless blue eyes as the sound of scraping stone drew my attention to where we’d just escaped.

A new tombstone erupted from the earth with the name Stan Chambers.