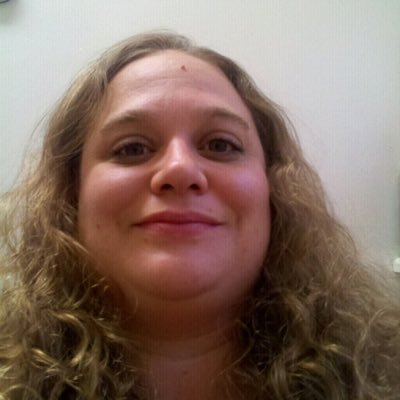 She shuffles into the kitchen wearing fuzzy blue slippers, a fuzzy taupe robe, an oversized –stretched out is more like it—t-shirt with a logo that has long since faded beyond recognition, and a pair of threadbare pajama pants that once bore ice cream cones or lollipops. The table is laden with familial mess. Bills and schoolwork mixed with clean laundry and dirty dishes. She really should clean it. She shoves the mess aside, making just enough room to fit her laptop and a cup of coffee.

“Honey!” she hears from their bedroom.

She pretends not to hear him as she heads for the coffee pot. She pulls a mug from the dishwasher and a spoon from the drawer. Three heaping spoons of sugar and a generous splash of creamer make her coffee sweet perfection. She carries it to the table where she left her laptop.

“Didn’t you hear me yelling for you?” her husband bursts into the room.

“I was getting coffee. Did you want some?”

She asks but makes no effort to stand. She opens her laptop and barely pays any attention to him.

She grits her teeth as she pushes the power button on her laptop.

“What did you want then, dear.”

She opens a word document. The cursor begins blinking at her.

“I wanted your help.”

Couldn’t anyone around here do anything without her? She sips her coffee as she looks at her husband over the mug.

“Help with what?” she asks, not even bothering to fake interest in the answer.

The cursor continues to blink on her screen. It’s taunting her. Teasing her. She could swear she hears it laughing.

“Picking a tie.” He says this as if it is the most obvious thing and shouldn’t require explanation.

“Why?” her annoyance apparent, “you always wear the blue one anyways.”

Blink. Blink. Blink. The cursor just blinks on the blank page. She sips her coffee and watches it blink while her husband drones on about ties. She hears the kids waking upstairs. Soon everyone will pile into the kitchen seeking sustenance.

She takes her empty cup to the pot and fills it again. Before long, there won’t be any coffee left. The vultures will have drunk it all before abandoning her with the empty pot to carry on with their day.

As if on cue she hears them scrambling down the stairs, shoving each other and arguing just like they do every day. With a shake of her head, she picks up her mug and returns to her seat at the table.

The cursor is still blinking on that same empty page. Three of her kids –the boys—come shoving and shouting into the kitchen. Their sister is nowhere to be seen.

They shove and shout all the way to the coffee pot. The cacophony of voices echoes off the walls and reverberates through the room.

“No way. I’m the oldest. I should get the coffee before you do.”

“Whatever. You’re older by like three minutes, man. I got here first. It’s my coffee.”

“Too late,” laughs the youngest of the three. “While you argued about who should drink it, I already did.” He took a long drink. “Perfect,” he declared.

“Then it’s your turn to make a new pot,” the oldest declares as he snags the mug from his brother’s hands.

“Give that back,” he whines like he is five instead of nineteen.

He drains the mug and hands it back. “Better make more.”

She’s becoming more and more frustrated as the cursor continues to blink on an empty page. Her daughter saunters into the room. She may be a singleton, but she’s got as much attitude as a set of triplets.

“I can’t believe nobody saved me any coffee. Like how hard is it to be like ‘I think our baby sister might like a cup of this delicious coffee we should leave her a cup’ and then like leave me a cup.”

Unplanned and unexpected, she’d surprised them with a positive pregnancy test on the triplets’ second birthday. She’d arrived in a bustle of lace and pink satin eight months later. The boys had simply doted on her.

“She’s my baby, get your own,” they’d each declared, shoving the others away.

Gone are those days. They don’t treat her like she is special anymore.

“Mom…” she opens her mouth to complain but stops at the frustration evident on her mother’s face.

“What did you guys do?” she asks, dropping to a conspiratorial whisper.

“Yeah, why you always gotta blame us?”

“Maybe it was Dad. He was in here before us.”

The cursor blinks on the blank page. Her family continues to argue and make noise in the kitchen. She stands up from the table. She drains her coffee and slams the cup down beside her computer. The cursor continues to blink.

She walks into the kitchen and opens the drawer beside the stove. The selection of knives catches the sunlight from the window and bounces bright rays into the kitchen. She chooses two –the chef’s knife and a paring knife.

She slices open her husband’s throat and stabs her eldest in the eye.

“Mom!” shouts her daughter. “What are you…” her question becomes garbled in her throat when her it’s slit open wide.

Unable to remove the paring knife from her son’s eye, she abandons it and leaves him spasming wildly on the floor. She stabs the middle triplet in the hollow space of his collar bone. She turns to her last remaining child.

He’s warding her off with his hands as he backs up. She’s powered up by something she can’t begin to understand. She leaps on him with a raw and guttural growl. She swings her knife wildly, hacking and slashing at him.

She drops the knife in the sink and heads over to the coffee pot. She steps over her daughter, who crumbled in a heap not far from there, and sets up a new pot to brew. While she waits for the coffee she returns to the table.

The cursor is still blinking on that same blank page. She settles into the chair and positions her fingers on the home keys.